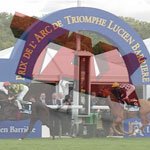 The country’s eight licensed online horse race betting operators, as well as any offline venues where players can bet on sports in France, are about to start paying some extra money into the national budget.

That is because the European Commission recently gave a nod to Parisian plans of amending the French gambling laws, including a special levy on race bets.

The government has seen it fitting to finance horse breeding by taking an extra 8% from every bet made on horse races and giving it to horse racing companies. With around 200 tracks across the country, that’s a lot of races, with lots of bets and therefore lots of income for those companies.

Undeniably, the connection is logical: racing has traditionally been an inherent part of well established breeding programs. Furthermore, gambling across the world is often used to finance sports clubs, so there is nothing revolutionary about the French move, which had been submitted to the EU back in 2010.

Indeed, the EC agreed that the move does not distort competition in favor of any specific companies, and is therefore in line with EU regulations. While such an undeniable government subsidy for a select industry is normally prohibited, “some strict exceptions authorise aid justified by common interest objectives,” reads the decision.

Nevertheless, the gambling industry has expressed concerns about the true motivation and the potential impact of the measure.

The most prominent organizations to express discontent about this French gambling news were the Remote Gambling Association (RGA) and the European Gaming and Betting Association (EGBA), disputing the ‘common interest’ component of the subsidy.

In their joint statement they argue that “the funds being extracted by law from one industry and transferred to another industry for commercial or quasi-commercial purposes… distort competition between sectors.”

They also allege that “France proposed the introduction of this levy in 2010 because it feared that the opening to competition of the online horserace betting sector would threaten the sport’s revenues.”

Considering that trends have been pointing in the opposite direction since then, the industry sees no justification for the levy.