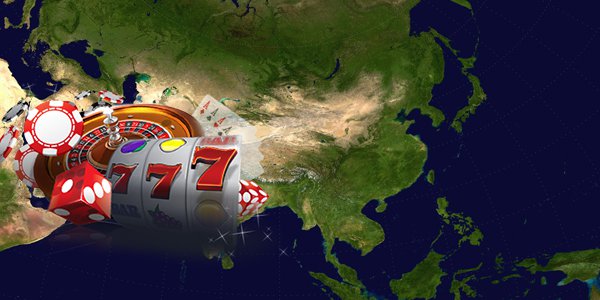 From Hong Kong to Singapore, from Vietnam to Malaysia nations across the Asian Pacific region are gearing up for the fierce competition ahead in the global gambling market.

When Macau overtook Las Vegas as the largest gambling hub in the world back in 2013 the writing was on the wall. An inevitable shift of gambling’s significant economic bulk towards the rising powerhouses of the Asian market now seems set to continue.

Last year Macau, which previously took in nearly seven times the money Las Vegas does, displayed growth of a whopping 18.6%. That’s above even the predictions of market analysts who say growth is likely to continue even if the rate at which it does slows down.

But although China’s six legal operators are enjoying an annual revenue of $45.3 billion (and who wouldn’t?) they are by no means alone in the market. Other nations in the Asian Pacific region are looking to grab their seat at what is a very lucrative table.

Countries where casino gambling is currently illegal are reassessing their position so that they might enjoy some of the profits. No one wants to be left behind and even relatively conservative countries are reconsidering their laws with a view to joining in this new gold-chip rush.

In Japan (where legalization moves have failed before) their hosting the 2020 Olympics and the promises of $10 billion worth of investment from a Las Vegas mainstay are helping Prime Minister Shinzo Abe push liberalization forward. Even now the parliament is considering a bill to open up casino gambling in Japan.

The world’s third largest economy opening itself up to foreign investors in the gambling sector is just one of the seismic shifts happening across the region. The Japanese might be willing to change their minds but they aren’t the only ones.

Singapore opened two massive casino complexes, Marina Bay Sands and Resorts World Sentosa, that together rival the revenues taken in by Las Vegas making them the third largest gambling hub in the world. Requests by the resorts to expand by up to 60% are under consideration.

Just next door the Malaysians will see casino giant Genting spend nearly a billion dollars over the next five years upgrading the only casino resort they have. This overdue upgrade will do all it can to attract more visitors even going so far as to include a 21st Century Fox theme park.

In Vietnam a successful recent pilot project to allow locals into one of the 50 casinos in the country looks set to open up the floodgates. Foreign investors are already being sought out and if you’ve a decade’s experience, have $4 billion dollars to hand and will build a fully integrated resort, you should apply.

Will the East’s rising stars eclipse the lights of Las Vegas?

• Can there be the online gambling sites in Vietnam?

• Will Japan legalize or lose out?

Vietnam’s attitude and position is not an uncommon one in Asian markets where regulations prevent locals gambling. The population, already gambling abroad themselves or using online gambling sites in Vietnam run from abroad, is spending money elsewhere that the government would prefer bolstered their own weakened economy.

The gaming regulator in the Philippines agreed to lower its fees for casino operating licenses to offset some of the negative impact of last year’s imposition of taxes on their earnings. Whether these two will balance each other out remains to be seen but it’s unlikely to have a positive influence.

Despite this the Philippines still aspires to be a major player in the region’s leisure and tourism market. Although current numbers show a slight decline the opening of new resorts and destinations later this year may well reverse their fortunes.

In 2010 the Asian Pacific region accounted for 29.2% of the global gaming market revenue, by 2015 that number is set to rise to 43.4%. This extensive rapid growth is attracting investors and players from all over the world squeezing both North American and European markets.

In Europe the economic crisis, EU ban on smoking and Russia’s decision to move casinos to remote gambling zones reduced its overall revenues by nearly 4%. Given Asia’s ongoing growth explosion it seems unlikely they will claw back any of these losses any time soon.

And the real driving power behind this growth, and major beneficiary of it, is China and in particular Macau. China’s massive mainland population and its love of gambling is the major prize that everyone in the region wants a share of and Macau is no exception.

Improvements in rail connections and infrastructure, as well as the new Chimelong theme park on the nearby island of Hengqin, are hoped to keep Chinese gamblers coming rather than go elsewhere. These investments are also expected to pay off with growth figures for 2014 topping 20% in real terms.

With the numbers leaving the rest of the gambling world reeling traditional gambling hubs are doing all they can to retain, if not regain, their position. In the US gambling on Native American land has benefited from creative construction and reformed pertinent US gambling laws.

And the rest of the US is making effort too. The Northeast corridor’s superb array of racetracks and casinos might not offer the exotic locales of the Asian market but their convenient location is bound to keep some American gamblers at home in the coming years.

The economic conditions in Europe have provoked parliaments and politicians into liberalization of gambling markets, but heavy regulation and a slow pace of change aren’t meeting the Asian challenge to their market share.

Latin America is just about retaining its share of the global market with only a small percentage dip over five years. Their future is in their own hands but with Brazil still reticent and Argentina actively thinking of nationalization, they seem of little threat.

Asia’s rise is all but unstoppable, a perfect storm of experienced providers operating in near perfect conditions with a massive local market and competition slow to catch up. Governments and regulatory bodies across the region are adjusting to this new found central role in global gambling.

From the racetracks of Hong Kong to the Pachinko parlours of Tokyo, from the beach resorts in Singapore to the online casinos in Vietnam, the entire region is abuzz with the massively exciting future they have as the collective hub of global gambling.

Will we ever be singing Viva Macau? I think we probably will. Whilst the strip in Vegas will always be the spiritual home of gambling in the minds of many, the wallets of far more are heading east to China and its gambling mecca.