Are National Differences In Gambling Laws Diversity Or Division?

News >Are National Differences In Gambling Laws Diversity Or Division? 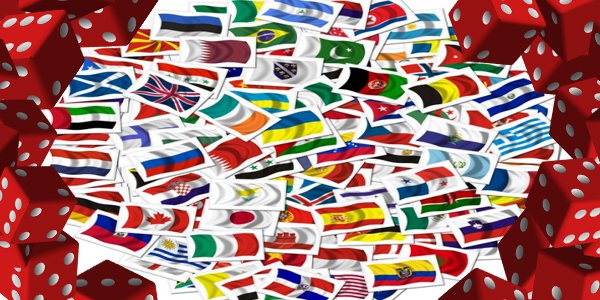 The world has never been uniform but apparently gambling laws are more checkered than most things and even divide nations from themselves.

At present the world is a divided one. Not merely in terms of those cartographic conspiracy markings we call borders, nor just because we’ve different languages and cultures, not even because we all think our god is best and those people over there that look different from us smell a bit weird and cook strange things for dinner.

No, we have been divided by the political shenanigans of those in power so that whilst some are free to visit a bookmakers or a casino, others are not. Sometimes, a bit weirdly, these people are in the same country.

In places a few miles can separate those who can gamble from those who may not. Ask anyone who lives adjacent to Nevada, or across the bay from Macau. They can see it, go and try it, but they can’t emulate it at home. Sort of like visiting Amsterdam.

The Dutch, interestingly enough, aren’t quite as liberal with gambling as they are with drugs and windows full of tits. Gambling is controlled by a state bestowed monopoly that operates all casinos in the country. This will face some competition in 2015 when internet gambling in the Netherlands becomes legal, but is likely to have a very similar central monopoly take advantage of this liberalization.

Across the channel the British have had legal gambling, to the full extent, since the 1960s, with bookmakers and casinos flourishing in the decades since.

So popular has this proved to be with the British public that in 2005 the regulation and taxation of gambling was updated to allow a modernization of British gambling laws and an expansion of the industry, and their premises, which will be an interesting competitor for the numerous online gambling opportunities that the UK’s unfettered marketplace allows.

However the Netherlands isn’t the only place to have a mafiosi style monopoly running gambling, just look at Sweden where the only two permitted lotteries actually merged to form one all-encompassing entity that controls all gambling, both off and online.

Svenka Spel’s hold over the industry has garnered Sweden a fair amount of criticism not at all assisted by every other attempt by a company to participate in the industry completely failing. Supposedly change is coming, but that remains to be seen.

The Lebanese, in order to protect public morals, only allows gambling in the Casino Du Liban, possibly to placate the somewhat fractious 17 different ethnic groups that inhabit this small strip of oft fought over land.

Nation by nation the law varies when it comes to gambling

• British gambling laws differ hugely from those just across the channel

However there is small stake betting allowed in a minimal way at the Hippodrome Du Parc De Beyrouth, where horses have raced since 1893 after a long period of prohibition. Don’t let the men on the gate with AKs put you off, they’re awfully polite, but when the crowds throng in you might, as I did, discover your wife is the only woman in attendance.

When Vladimir Putin relocated all gambling to four new zones beyond which all gambling is prohibited he brought to heel an industry that was suspected of some small instances of excess, a suspicion that might be based on the fact that in thirteen years 58 casinos sprung up… in Moscow alone.

Online gambling on games of chance is illegal under the law of 2006, but that’s a bit shaky about poker which some claim is a game of skill not luck. Russia would like to take advantage of the boom in the Asian gambling market and it remains to be seen if they’ll manage to grab a slice of that cake.

Of course the biggest gambling zone in the world is in the USA, where Nevada is a sizable chunk of real estate, albeit quite a sandy one. Home to Las Vegas and Atlantic City, the US actually has some of the strictest laws against gambling in the world with legislation lagging woefully behind public opinion.

There’s a lottery of course, and casinos on Native American land but all in all the home of the brave and land of the free prefers doesn’t offer you the freedom to bravely gamble. Except when you vote. They certainly don’t want you gambling on foreign websites which are blocked by freedom’s firewall.

China calls its gambling zones Special Administrative Regions, you’re more likely to know them as Hong Kong and Macau both of which have completely different laws from the rest of the country that allow them to host gambling.

Hong Kong is the center for horse racing, and whilst betting on this is technically prohibited it is a rule more honored in the breach, Macau on the other hand is the home of casino gambling and its glittering spires are quite the sight to behold. As for internet gambling in China well that’s a bit of a cat and mouse game at present with foreign sites illegal and yet still catering for a huge Chinese market.

Spain is loosening its grip on gambling as the revenues gained begin to outstrip the political moral high ground in value, proving that everything has its price. This isn’t the first time nations have done this and with Portugal racing to catch up it’s still France out in the lead with legalized gambling whenever the Justice Ministry says so.

And they do. Pretty much all the time. Unless you want to play traditional casino games online which are still prohibited. Why? Good question. Sports and horse racing, fine, poker is okay too, but roulette or blackjack? Forget it. C’est la vie, n’est pas?

The one thing you notice if you look around the world is that there is great uncertainty as to what the right formula is for gambling, some nations prohibit it, some don’t, some half do and half don’t, and some seem to do all three in some remarkable juggling act of legislation.

Illegal gambling still flourishes of course, especially in those places that prohibit it, but with luck this will be combated by sensible legislation, regulation and enforcement that even now sweeps around this planet.