The Weird World Of Strange Wagers And Bizarre Bets 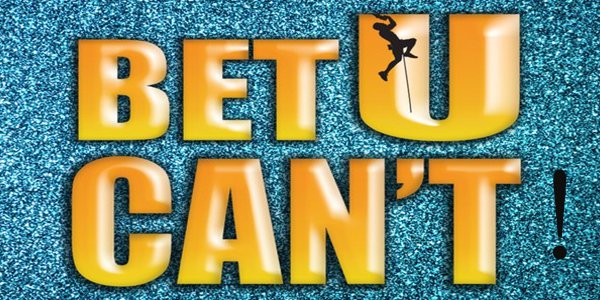 From drunken challenges to whimsical wagers there’s nothing we like more than betting something important on something trivial – and winning.

Nothing concentrates the mind or spurs us on to superhuman effort than the little phrase “I bet you can’t”. People have traversed the globe on not much more prompting than this, they have risked life and limb, they have striven and succeeded, they have tried and failed.

The challenge is irresistible and we rise to it as naturally as a lobbyist bribes a politician, and there seems no limit to what we might stake on the outcome.

Once upon an internet a mild clash of personalities twixt myself and a Texan of small mind and loud voice led to my wagering with him on the outcome of what he, much to my irritation, insisted on calling a “soccer game”.

I rebuffed his proffered fiscal stakes and with all the common sense of a moth gambling on its wings being asbestos upped the ante, which is why I spent the entire 90 minutes of the 2010 world cup clash between England and the USA wondering with varying degrees of alarm whether it would be he or I furnishing the winner with a picture of our genitals covered in mayonnaise.

Why did I participate in such a stupid bet? Because I’m human that’s why, it’s what we do. We’ll bet anything on anything. People have wagered the ridiculous on the absurd for time immemorial, and this is unlikely to change. It’s in our nature. It’s written in our DNA to compete, or to watch people doing so, and gamble on the outcome.

There’s nothing in the world we won’t bet on

• Bet your wife before you bet your life

Whether it’s a race twixt man and horse or who can eat the most boiled eggs we’ll gamble on whatever you’ve got and probably stake whatever we have on it. Andrei Karpov famously raised the pot by the amount of one wife, his own. He lost.

Just think about that. I’ve stuttered trying to explain why I forgot to buy milk under the spotlight glare of a foul tempered spouse but to have to return home and tell her this? Unsurprisingly she divorced him… and then married the winner.

Of course this is by no means the highest stakes people have played for, just ask anyone who’s seen The Deer Hunter or indeed been hunting with Dick Cheney, but just shy of gambling one’s future in the breathing business people have wagered all they own on games of chance.

Ashley Revell sold all he had, totaled it all up, went to Vegas and put it on red. He won. Which might have been nice… if he’d been worth a damn in the first place. He still went on to create an online poker site in the US.

There’s almost a tradition of non-fiscal stake betting celebrated in popular culture. John Travolta might have sung “Grease Lightning” with more on his hair than the car’s axles but they were still racing for pink slips despite US gambling laws of the time.

What ghastly teen movie doesn’t involve a hapless individual having to pay some awful embarrassing forfeit? And if we play fast and loose with the stakes we’re even more cavalier when it comes to what we’ll bet on, or do to win one.

What but a bet could persuade a man to get breast implants? That’s not something you do because there’s nothing on telly and you’ve always wondered what it would be like, but Brian Zembic did, he even kept them after the bet was won and done. Don’t ask.

Stupidity is a feature of many of these instances of oddity gambling. Seemingly the more ridiculous the premise the more likely it is someone will attempt it for a wager.

Shoot a 2 shilling piece from the fingers of a friend, in the dark by torch light, using a .22 rifle in one hand from fifteen feet away? You have to be joking, but no, back in ’52 an Australian did this successfully to win a wager, although I think it was the guy holding the coin that might have been taking the bigger gamble.

Of course they were Australians, and any people that can have two-up as a gambling mainstay are likely to try anything given enough time in the desert, of course they only get to play that legitimately once a year, which is probably just as well.

Of course if there’s something aside from gambling that humans have a natural propensity for, it’s going to ridiculous lengths to prove ourselves right. Sometimes in the most silly of circumstances, for the most spurious of reasons, and will back up that confidence in ourselves with our cash, our wives, our lives and even our tits.

It’s not that we’re unaware of the humor or the irony, far from it, we merely add the thrill of gambling to what is already a battle of wills, a battle of the ego. Sometimes we win, sometimes we lose, but that’s life here on Earth.