In a major flexing of muscle by U.S. authorities under terms of the Unlawful Internet Gambling Enforcement Act (UIGEA), Goldwater Bank 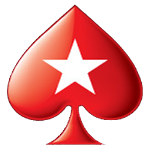 In a major flexing of muscle by U.S. authorities under terms of the Unlawful Internet Gambling Enforcement Act (UIGEA), Goldwater Bank of Arizona will forfeit over $730,000 which was allegedly used in processing funds for PokerStars.

As the overriding regulation in American gambling laws, UIGEA specifically forbids the processing of transactions involving any gambling websites by financial institutions. The settlement is another result of recent investigations into payment processors for PokerStars and Full Tilt Poker, both providers of online poker sites in the United States. Those investigations led to the forfeiture of some $13.3 million by Ahmad Khawaja, former owner of Allied Wallet Inc.
Goldwater Bank was recognized as a client of Allied’s, and $733,804 was found to be involved in transactions with Allied. A double bruise for Goldwater was that the funds used had come from the Troubled Asset Relief Program bailout money approved by President Obama.

TARP special inspector-general Neil M. Barofsky stated emphatically that “Today’s charges and settlement should send a powerful message to TARP recipients that they will be held strictly accountable for any misdeeds while they stand as custodians of taxpayer dollars.”