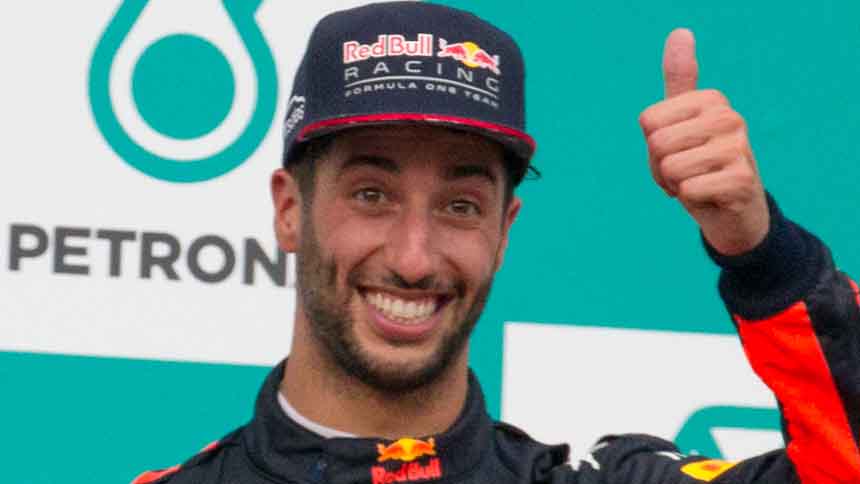 The only thing that saved Ferrari’s blushes in Belgium was just how dull a race Spa produced. By the end, no one was awake to notice. Ferrari now faces a poor result at their home Grand Prix in Monza. No one who likes to bet on sports in Italy, and F1 in particular, at Bet365, will back the blood-red cars now. They’ve been outclassed. Worse still you can reasonably bet on Daniel Ricciardo to get a podium this weekend, Red Bull is not as invulnerable as the Mercedes are.

“Maybe it was not the most satisfying P3.” Max Verstappen drizzled his audience with withering understatement. The Belgian Grand Prix at the iconic Spa circuit completely failed to produce a race in any meaningful manner. Even the typically upbeat Lewis Hamilton bemoaned the race. “Watch the highlights because they are much shorter.” He suggested. Those very short highlights would have made it clear why you can now bet on Daniel Ricciardo to place in Monza. He might.

The Renault performed to the best of its abilities, easily staying ahead of the rest of the pack if not catching Red Bull. The lack of reliability issues meant he came across the line in 4th, however it is perhaps his getting the fastest lap that will make a bet on Daniel Ricciardo to at least place in Monza somewhat more attractive at online betting sites in Italy like Bet365. Sure, the Mercedes is going to put their foot down and vanish off into the sunset, but Red Bull will find it harder.

Red Bull are at least on the pace, nominally, Ferrari meanwhile can only dream of pace. At Spa, they literally languished embarrassingly. They won’t be looking forward to Monza. Ferrari like to put on a good show in front of their home fans. That’s impossible this season. Partly because there are no fans at the races, but mostly because Ferrari just aren’t fast enough. One of the reasons you can bet on Daniel Ricciardo to place is that the Scuderia might not get in the points at all.

That fastest lap at Spa was a statement of intent. He left enough room for Max at La Source, but you can bet on Daniel Ricciardo having more elbows in Spa. That first chicane could be carnage. Indeed if you fancy a bet on F1 the odds on the 1st retirement will be quite nice. They all showed some restraint in Belgium, in Monza, no one can afford to. It’s too fast a track. So, the F1 odds at online sportsbook sites in Italy like Bet365 are perhaps a little more interesting than they seem.

Bet On Daniel Ricciardo To Podium In Italy At Bet365

Yes, you can still bet on Mercedes, but a bet on a Renault each-way instead is far more tempting. Not only because there’s more elements of risk and thus more excitement attached, but also because of the prices. That top-three-finish bet on Daniel Ricciardo will get you 11/4. Compare that to a bet on Lewis Hamilton to win at 4/9. Or, frankly, even a bet on Red Bull where Max Verstappen gets 11/2 to win. The odds on Max Verstappen are, let’s be honest, a little generous.

This is a full-power track and the Red Bull loves the corners. With back to back races at Monza, they could struggle. This would leave the way open for that bet on Daniel Ricciardo to be worth taking advantage of Italian gambling laws. The irony, of course, that he could well see his best result for ages in a team he’s about to leave. But then everyone already knows this is a season in the shadow of its own future. Let’s just hope Monza is more exciting than Spa wasn’t.

We look at why a bet on Daniel Ricciardo to sneak a podium doesn’t look so silly anymore after he got the fastest lap at Spa.