A study conducted the RGA has discovered existing restricted market for internet gambling has failed to meet the desires of online players. 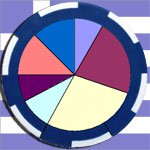 A study conducted by the Material Review Board (MRB) for the Remote Gambling Association (RGA) has discovered that the existing restricted market for internet gambling has failed to meet the desires of online players. Of those who responded to a survey, over 80% declared their wish for access to a more varied, soundly regulated, an competitive marketplace, inclusive of both state and private owners.

The study also demonstrated that Greek internet gamblers are most concerned with regards to honesty (62%) and value (57%). Over the past year, about 50% have reduced all gambling, while 33% have reduced their internet gambling in Greece. However, this appears much more connected to the poor economy than any discouragement over either dishonesty or demerit on the part of current online gambling choices.

Chief Executive of the RGA Clive Hawkswood sees in these statistics a clear mandate towards the modification of Greek gambling laws: “The message from Greek consumers is clear: open the online gambling market to competition, as with all other legitimate online service sectors, and allow Greek citizens access to wider choice and value from licensed remote gambling operators. We are presently working with the Greek authorities and hope that we can help deliver access to a well-regulated but technologically advanced remote gambling service sector.”

Hawkswood, however, does not feel it is enough to merely offer choice. He also issued a a warning, “Any new legislative framework for remote gambling will only be successful if the Greek authorities realise the significant economic drawbacks to a regressive and overly restrictive system such as the failing French model. In particular, the disadvantages of a burdensome turnover tax which leads to reduced value for consumers and prevents operators from competing effectively with their counterparts in other jurisdictions. It is vitally important that a tax based on gross profits is introduced to prevent this happening.”

Significant declines in already troubled government coffers may have significantly contributed to the Finance Ministry getting the message. The ministry recently announced a Greek gambling framework which will allow 50 online gambling licenses. Though Hawkswood has not been reached for comment, the announced tax scheme does not seem as unreasonable as the French model.