Here Are the Two Most Likely Jones vs. Cormier Scenarios When They Fight

News >Here Are the Two Most Likely Jones vs. Cormier Scenarios When They Fight 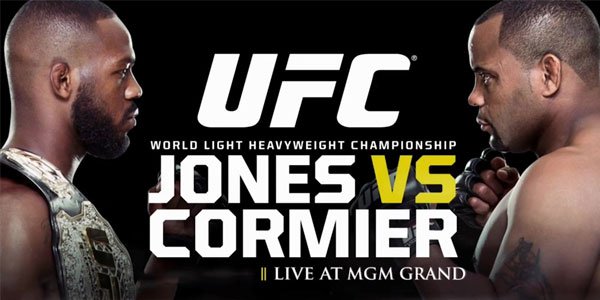 With only a few days until they finally fight, now is the perfect time to look at a couple of the most likely Jones vs. Cormier scenarios happening once they fight.

The rematch between Jon Jones and Daniel Cormier is more than two and a half years in the making. The two light-heavyweight kings will be looking to unify the title on Saturday night at UFC 214, and even the best MMA betting experts are having a hard time predicting the winner. With the fight now just days away, we’ll take a look at some of the most likely Jones vs. Cormier scenarios once they step into the octagon.

The fight goes the distance

Of course, it’s always fun to place a bet on which fighter will come out with their hand raised in a fight, but at Paddy Power, members can actually bet on whether the fight will go the distance or not.

Considering both these men are the elite of the elite at 205 pounds and have shown a unique ability to handle punishment, a bet on the fight going the distance makes sense. At the moment, the odds that the fight goes all five rounds are set at 8/13. Will we see UK gambling news break with a stoppage victory for either man?

As painful as it may be for fans of “DC” one of the most likely Jones vs. Cormier scenarios is Jon Jones winning the fight to earn his championship belt back. Jon is coming off a huge layoff but he proved in the first fight to be the more technical fighter.

Most online sportsbooks in the UK seem to agree with this prediction, as Jones’ odds to beat Cormier are set at 1/3. Cormier is as tough as they come and likely beats everyone else in the division, but he’s the underdog in this one with odds of 15/8.