Want to Bet on the NFL in Mexico Online? Head to NetBet Sportsbook 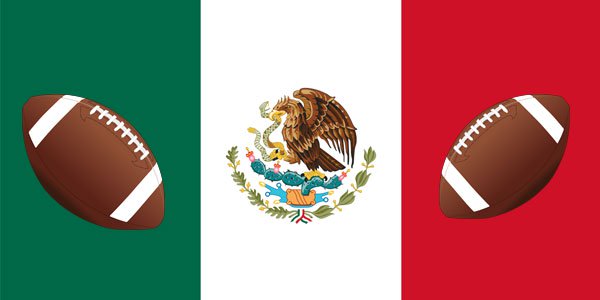 The 2017 season will officially begin on September 7th, and now is the perfect time to take a look at how to bet on the NFL in Mexico.

According to a recent report by the GlobalWebIndex, Mexico has the highest percentage of NFL fans of any country outside the US. While not nearly as popular as soccer, American football has been growing here every year and more and more fans are looking at where to bet on the games.

Luckily for these fans, there are a number of great online sportsbooks in Mexico offering NFL betting odds, the best of which is NetBet Sportsbook. Here you’ll find a huge list of different NFL betting options. Let’s look at a few of the best.

One great option to bet on the NFL in Mexico this year is to wager on which teams manages to win this season’s Super Bowl. Of course there is still a lot of time before the postseason even begins, but some fantastic odds are available right now for a number of different teams.

Unsurprisingly, most NFL betting experts list the New England Patriots as the clear Super Bowl betting favorites heading into this season. They are the reigning champions, and have odds of 4/1 to earn their second championship in a row. The Dallas Cowboys are another solid option this year with odds of 9/1.

In terms of underdogs, there are also a number of great betting options. Some feel the Denver Broncos have a real shot at winning the championship this season, and with odds of 16/1 a Broncos Super Bowl bet could be highly lucrative.

Bet on each team’s amount of regular season wins

Another great option to bet on the NFL in Mexico with NetBet Sportsbook is to bet on the total number of regular season wins a team manages to record. This is one of the most fun wagers to make right now, as it allows members to bet on every single team in the league.

The Dallas Cowboys were fantastic last season with a record of 13 wins and just 3 losses (photo: insidethestar.com)

One team offering some tremendous NFL betting odds are the Dallas Cowboys, who managed to record 13 wins last season. They’re expected to perform even better this season, and have odds of 5/8 to earn more than 9.5 wins. Of course, anything can happen in the NFL, and the odds they win less than 9.5 games are set at 6/5.

The New York Jets are another great team that you can wager on this year. They only recorded 5 wins last season, and have odds of 5/11 to get more than 5.5 this season. The odds the Jet’s make Mexican gambling news by earning more than 5.5 wins are set at 7/5.

Bet on which player wins the regular season MVP

The last option we’ll look at when it comes to making bets on the NFL in Mexico this year is on which player manages to win the regular season MVP award.

Legendary QB Tom Brady is at the top of the MVP award betting odds, despite being nearly 40 years of age. He proved himself to still be one of the best players in the NFL last Super Bowl with the come from behind victory over the Falcons, and holds odds of 4/1 to get the MVP award in 2017.

Aaron Rodgers had an incredible season last year with more than 4,400 yards and a 65% pass completion rate. He lost out on his opportunity to play in the Super Bowl after a loss to the Falcons, but holds odds of 9/1 to be named the most valuable player this season.

If you want to bet on the NFL in Mexico this year, make sure to head to NetBet Sportsbook. Here you’ll find a full list of 2017 NFL betting odds for the whole season. Tell us who you think wins the Super Bowl in the comment section below!