How Guardiola Ruined the Bundesliga

News >How Guardiola Ruined the Bundesliga 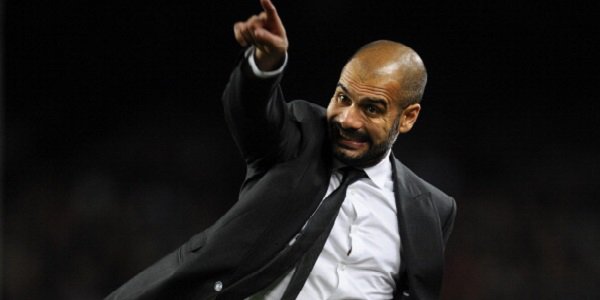 The Spaniard who joined the most powerful German side ousted the competition from the Bundesliga, where no teams has the resources to fight him.

For years the German championship was one of the most exciting and well-balanced competitions in Europe. The newly unfolding rivalry between Bayern Munich and Borussia Dortmund was usually the default subject in recaps after the seasons ended, but teams like VfL Wolfsburg or VfB Stuttgart were also able to grab the Meisterschale. Now VfB Stuttgart is speeding towards second tier football, and there is a far bigger problem for anyone who used to watch the Bundesliga: it is too easy for Bayern.

Obviously beautiful and impressively dominant what they do, but they made the competition redundant. Last year Bayern claimed the title as early as March and now in April after defeating Hertha in the Allianz Arena on Saturday with Wolfsburg failed to pick up points at Borussia Monchengladbach on Sunday. Okay, if you bet on sports in the EU, you can make considerable amounts of money by playing Bayern on the handicap, but if you watch football for the excitement, you probably won’t switch to Bundesliga on the first place in the near future.

It always starts with a certain Mr. Louis van Gaal. The former mentor of Pep Guardiola plays good football, builds good sides and achieves reasonable success, but cannot deliver the Champions League title in the end. He’s problem might be that he cannot use that mixture of Dutch players and youth players like he did at Ajax, where he won everything with a team that was obedient and totally open to his philosophy.

Then comes the Euro guy anyway, who might be the fellow Dutchman Frank Rijkaard or the very not Dutch Jupp Heynckes, who brings the team one step further capturing the throne of Europe. And then comes Guardiola, whose goal is not just to create the best team in the universe but to play and win in a way that nobody ever was able to achieve.

This manifests through a free flowing play that is full of genius, a method that makes their teams able to dominate games like no team did before. This is football history happening in front of our eyes. It can transform a top European championship to boring formality, but it will become a significant chapter in future football books handling the story of the sport. Actually, it fills books already, and it makes the job of online sportsbooks in the EU really easy when determining the odds of a game.

Too good for the Bundesliga

If we have a look at the history of the Bundesliga, we will realize right away that on the long runs no team is able to compete with Bayern. Since the Bundesliga started in 1963, the Bavarians won 24 championships, while the runners-up in this contention are the two Borussias, Dortmund and Monchengladbach with five titles each. No team comes near the far richest and most powerful German club, which was and probably will be Bayern forever.

Take the club with the biggest economic and footballing potential in the country, back it by the strongest squad, adjust it to Guardiola’s needs, we give it to him, and he well do whatever he wants. Bayern was a beast before he arrived, hammering Barcelona 7-0 on aggregate as the online betting audience recalls, but by developing that beast to a monster, he turned Bundesliga an absurd, one team competition.

It was a whole different story in Spain. Since the civil war in the 1930s, Spanish football was about Catalonia against Castile, in the form of two monumental clubs’ rivalry, Barcelona and Real Madrid. Those happen to be the two biggest clubs in the world, which means that if an unrivalled phenomenon emerges on either side, the other truly has the resources to breed its nemesis.

That occurred during Jose Mourinho’s reign at Madrid, where the Portuguese manager had a powerful squad and the money to improve them further. He created a side that on its best days was the kryptonite of Guardiola’s Barca. It was a brilliant rivalry and each encounter brought Mourinho closer to Guardiola until he was able to catch him. Not just Spanish football, European football was about Barcelona and Real Madrid in those days.

This is clearly not possible in Germany, where no team has the power to challenge this Bayern Munich for a season. So, it seems we lost the Bundesliga, but we are lucky to have the Champions League instead. With Guardiola meeting up his loved Barcelona in the semifinals, mobile betting players will able to enjoy this orgy of possession-based attacking football for at least 180 minutes. This fixture is not just an instant classic, but it could bring two of the best Champions League clashes ever: a Bayern on full throttle against the best forward line in the world. The Bundesliga is done but the highlight of the season is just round the corner.