Ice Hockey World Championship 2021: Which Teams Will Compete in Group A?

News >Ice Hockey World Championship 2021: Which Teams Will Compete in Group A? 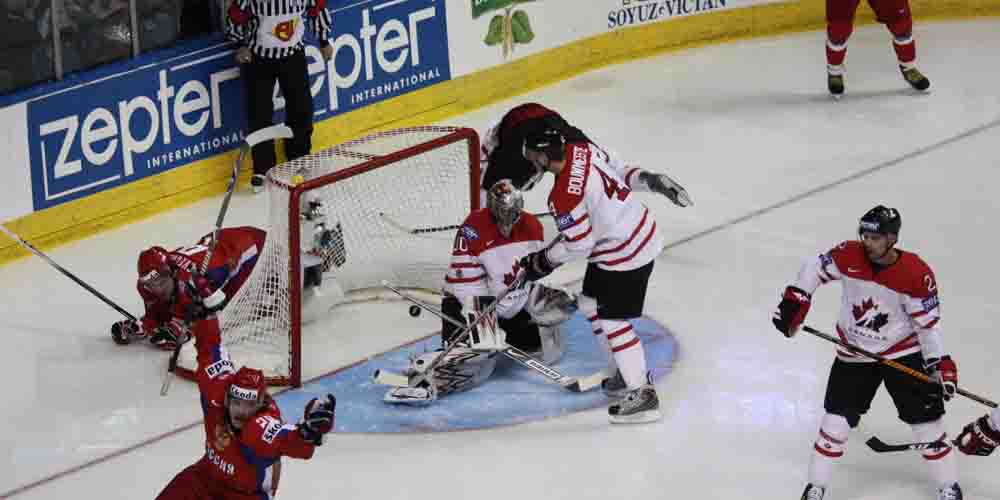 The puck, helmet, glove, stick, ice and using maneuvers …yes, we are going to talk about ice hockey, one of the great competitive team sports. Let’s get informed about the Ice hockey World Championship 2021 and use the opportunity to have fun by betting on IIHF World Championship Group A bets.

How has the IIHF World Championship changed through the years?

How about the modern format? Today, the World Championship features 16 teams in the championship group. As said, there were two divisions and each of the divisions played 12 teams. If there are more than 40 teams, the rest compete in Division III. Thus, all members of IIHF can compete in the tournaments that are currently divided into 4 Divisions. How about your favorite team? Have you defined your team in IIHF World Championship Group A bets? If yes, here is the best betting sites  1xBET Sportsbook that you can realize your betting.  Moreover, here is the article that could provide you more info Reigning Champions Favorite for Winter Olympic Ice Hockey Betting 2022.

Thus, let’s turn to our betting, IIHF World Championship Group A bets. Let’s look at the games in Group A and the performance of the teams. So, there will be generally 57 matches in which 27 of them will compete in Group A.

So, if you visit  1xBET Sportsbook you can see the matches’ data and odds for each team. On 21 May the following teams will compete: IHFR (ROC) vs Czech Republic and Belarus vs Slovakia at the Olympic Sports Center, Riga. Let’s look at each of these teams’ performance and compare them for better predictions.

On 21 May at the Olympic Sports Centre: IHFR (ROC) vs Czech Republic/ Belarus vs Slovakia

So, the Czech men’s national ice hockey team is one of the most successful national ice hockey teams in the world and a member of the Big Six. The team has a number of gold medals in the Winter Olympics and some other international tournaments. What about the IIHF World Championship? The team firstly appeared in the championship in 1993 and since that time the team has got six times the best results.

The opponent team will be ROC or as written in betting sites IHFR which is the second in the IIHF World Ranking. Since the establishment of the team, Russia has participated in every IIHF World Championships tournament and every Olympic ice hockey tournament. The team has got five times of victory in this tournament which last one was in 2014. So, which team are you going to choose in IIHF World Championship Group A bets? IHFR (ROC) or Czech Republic?

Other matches on the same day will be between Belarus and Slovakia. Thus, the Belarusian national ice hockey team is ranked 13th in the world by the IIHF in their 2020 World Ranking. While Slovakia is one of the most successful national ice hockey teams in the world with gold medals in the Winter Olympic Games and best results in 2002. Let’s see how the match will end.

Why do you have to consider the Big Six?

According to the Great Britain records, their highest IIHF ranking was 19th in the world and a gold medal in the Olympics. Actually, related to the IIHF World Championship the team’s best result is a silver medal two times. The match will be very exciting while their opponent team ROC is one of the best teams in ranking.

Let’s look at the other matches that will be on the same day such as Denmark vs Sweden and Czech Republic vs Switzerland. If we compare the teams’ ranking in the in-Group A, Sweden ranking is 4 while Denmark is 12. So, Denmark’s best result since 1949 was 8th two times exactly in 2010 and 2016.

Thus, if we take generally in Group A will compete following teams between 21 May-02 June at the Arena Riga and Olympic Sports Centre. The main point is paying attention to the most successful teams which are the members of Big Six. This is the unofficial group of the six strongest men’s ice hockey nations, along with Canada, Finland, Russia, Sweden and the United States. So, now we know the sharks of the competition and their opponents which would be great tips for our betting on IIHF World Championship Group A bets.

For easy betting you can just visit an online sportsbook directory in the UK and get familiar with all current odds for each team. Why not use given info and unify it with strong inner guts? Let’s enjoy the betting on IIHF World Championship Group A bets.