A few days ago, the Indonesian Minister of Information and Communications Tifatul Sembiring made a public announcement which outlined plans to censor 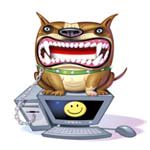 A few days ago, the Indonesian Minister of Information and Communications Tifatul Sembiring made a public announcement which outlined plans to censor the internet using a system much like the one Australia is currently moving towards. Under the proposed plan, a monitoring committee would be set up to determine what online content is to be blocked; the censoring would take place at the level of internet service providers (ISPs).

Under the new system, ISPs would be banned from distributing, transmitting, or otherwise making accessible content such as pornography and anything else deemed illegal or immoral, along with content that presents “lies and misleading information”.

One clause in of the proposed plan is particularly concerning: Article 4. This section specifically targets websites that have a connection with gambling. If the plan is put into action, it could mean the end of online gambling in Indonesia.

Internet users are irate, calling the plan a threat to freedom of expression. The sweeping ban on certain content could restrict what journalists can report about, or might limit what Indonesian youth can write in their blogs. It could also block foreign online gambling websites, which are the only sites Indonesian players can currently use. Since Indonesian gambling laws prohibit local companies from offering internet gaming services, players must gamble at sites hosted in other countries. If these gambling websites are blocked at the ISP level, players will have nowhere to turn.

Bloggers and media activists are already speaking up. A Facebook group has sprung up, attracting more than 1400 members so far. The Alliance of Independent Journalists (AJI) is particularly vocal about their complaints. They denounce the plan as ambiguous and ill-conceived.

Officials have reminded the Indonesian public that the proposal is just a draft, and is currently working on changes to address some of the issues that have been brought up during the last few days.