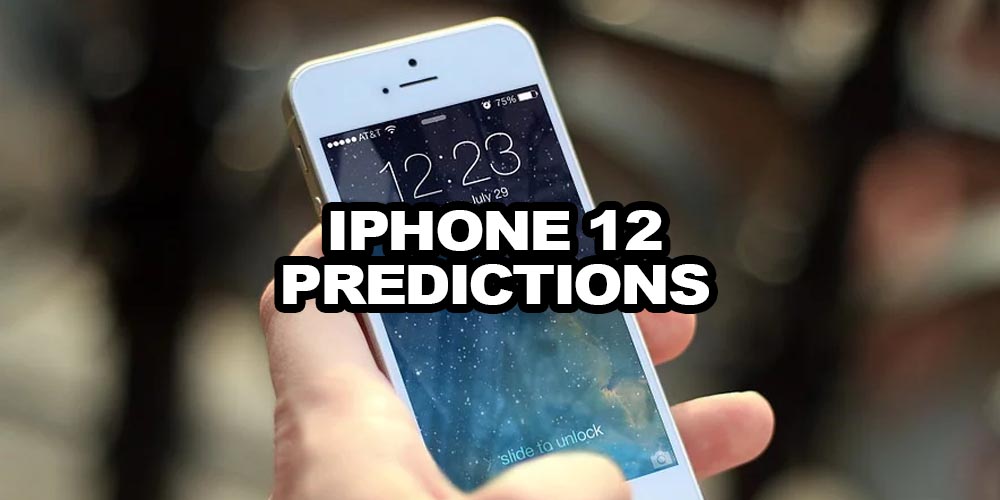 At least two iPhone 12 model series will come out in the fall of 2020. The release date is yet to be confirmed, but iPhone 12 predictions opt for keeping it within the typical timeframe. 5G connectivity will be among the major updates and a navy blue finish is the most anticipated color.

Going back in time for a few years, the release date of major new iPhones was usually in September. Since 2012, iPhone X was the only model released in November due to supply constraints. Thus, the iPhone 12 predictions by online sportsbooks in the United States favor the release date to stay within the typical fall window. At 22Bet Sportsbook the odds are 1.245 for the iPhone 12 to be released in September. However, a possible delay with 1.87 odds remains on the table, especially that many engineers stopped flying to China for validation testing.

Apple did not name the expected new iPhone models yet. However, after the confusion made by naming iPhone X in 2017, skipping iPhone 9, and releasing iPhone XS, XS Max, and XR in 2018, Apple realized it is better to return to the normal. Thus, it came up with the iPhone 11 in 2019. Therefore, we are probably going to see the iPhone 12 and iPhone 12 Pro this year. Yet what about the major updates and designing plans?

5G connectivity will be among the major updates

The most important feature to be introduced by Apple this year will likely be the 5G support on the iPhone. It will allow new devices to connect to 5G networks. Besides, new iPhone models will likely have triple-lens cameras on the back and will feature OLED displays. Apple might add a 3D triple-lens rear camera system. What is more, Apple might relocate the SIM tray to the left of the device. Yet, it is unclear why this will happen.

Among other major updates reported by online sportsbook news in the United States is the RAM. The iPhone 12 Pro will likely feature 6GB RAM while iPhone 12 will likely have 4GB. About the size, it is unclear yet. But rumors say, it will be either the smallest or the largest iPhone Apple has released since the 4.7-inch iPhone 8.

iPhone 12 predictions are just endless, but according to Bloomberg, the iPhone 12 will likely have many features of the iPad Pro. The body of the device will probably have front and back glass, while the frame will likely be thinner, but also metal similar to the iPhone 4. The edges will be almost flat and stainless steel instead of being curved.

Camera lenses might be slightly larger, the notch might shrink, and the button power might sit lower. Interestingly, one of the rumors suggests iPhone 12 might come with a new navy blue finish. Other rumors suggest it might come in light blue, violet, and light orange, among other colors. Overall it seems to be an even design, but we shall see shifts here and there as Apple did not release its official ad yet.

As a business and tech enthusiast, check out the review of 22BET Sportsbook, to stay up to date with all the best special odds.