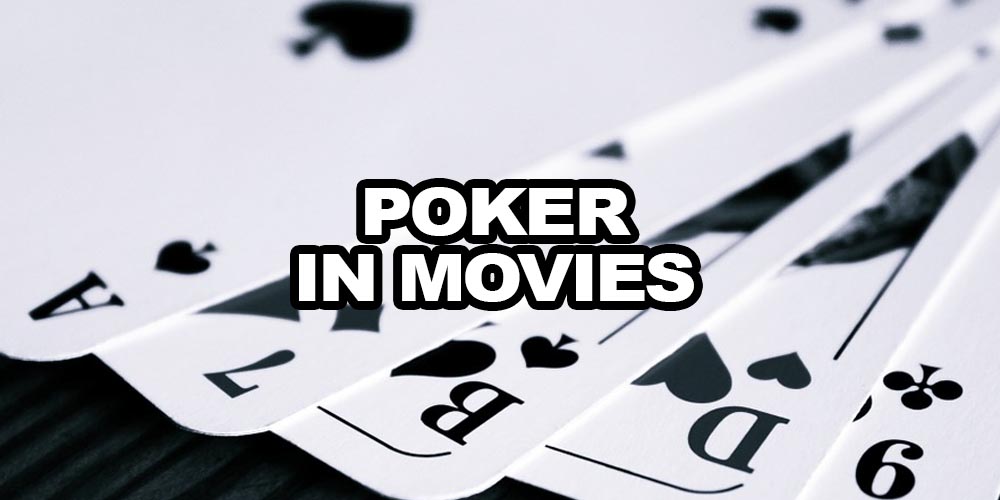 Poker is probably the most favorite game for filmmakers to focus on during casino scenes. No wonder that there are many poker players in Hollywood movies, but who is the best? Check our list of the most famous on-screen gamblers and choose a film featuring poker for your viewing pleasure.

Poker and its variations undoubtedly have the most on-screen presence among all casino games. This can be explained not only by the extreme popularity of the game, but also its rich history, which serves as inspiration for filmmakers. If you want to spend your evening watching how famous actors play cards in luxurious casinos, here is our top-5. You can also check the list of other card games shown in movies as they are often overshadowed by popular poker films.

Bret Maverick played by Mel Gibson is one of the most iconic poker players in Hollywood movies. Starring in the same name movie, Gibson portrays a self-confident poker star of the American Old West, who wants to prove his supremacy in the game. Maverick aims for a major poker tournament of the year. However, he lacks $3000 for the entrance fee, which starts his adventurous way to Lauren Belle.

Maverick is a 1994 remake of the 1950s TV series of the same name. This comedy movie became classic due to various factors: Mel Gibson’s charisma, good cast (featuring Jodie Foster and Alfred Molina), and a great western atmosphere. The film got both critical and commercial success as well as the Oscars nomination. There are many reasons to watch it besides the ones mentioned above, but the main one is a classy poker game in the final part. When you think about poker in the cinematography, Maverick is what you mean.

One of the most recent films about poker is a 2017 Molly’s Game. Starring Jessica Chastain in the title role, the film focuses on the real events of Molly Bloom’s life. She was a promising skier, but one accident destroyed her dreams about a sports career. Then the 29-years-old woman launched her own poker tournament that attracted lots of celebrities. Hollywood actors, athletes, and businessmen visited her big poker tournaments. She had money and a successful business. However, wealth always brings along big problems and Molly is not an exception.

Molly’s Game received high appraisal from critics and viewers. It also got several Oscar nominations, including the Best Actress. This crime drama film is worth attention for two reasons. Firstly, it shows the gambling industry from the inside from the casino owner’s point of view. Secondly, it’s a good film about self-rebuilt and a way to succeed. If you are green in gambling, it will inspire you to dig into the poker business once you learn about cards order & hands.

California Split is another classic poker movie that premiered in 1974. The film follows the adventures of two gamblers played by Goerge Segal and Elliot Gould. Charlie (Gould) is a pro, while Bill (Segal) is relatively green in the gambling world. However, interest in poker and one incident in casino unites two different men. They make a great tandem of aspiring poker players in Hollywood movies.

The film by Robert Altman is often called one of the greatest movies about gambling and poker in particular. It shows both good and bad consequences of casino addiction, but skilfully balances between drama and comedy genres. Two brilliant performances by the main actors are a cherry on top.

Numerous film ratings put Rounders in top-3 of the best poker pictures. Together with Vegas Crest Casino, we decided to place Rounders on our list as well. This 1998 movie tells about the underground world of high-stakes poker following the drama genre. The main protagonist Mike quits poker after losing a lot of money, but returns to gambling to earn money and save his friend.

At the time of the release, Rounders didn’t receive recognition, but the film became a cult hit in the 2000s. One shouldn’t miss it at least because of the cast. Matt Damon, Edward Norton, Famke Janssen, John Malkovich, and John Turturo appear on the screen and give great performances. Also, the film offers an insight into the World Series of Poker, which will be interesting for gamblers.

Probably, the most popular poker players in Hollywood movies are agents from various 007 films. From Thunderball to Dr. No 1962, James Bond wins it all. Surely, the most popular spy film featuring poker is Casino Royale. The 2006 picture was a debut for Daniel Craig aka Mr. Bond and it turned into one of the best 007 films ever. Poker games played here not the least role thanks to a tense standoff between Bond and Le Chiffre. Also, the luxurious interior of Casino Royale makes us willing to be there in fancy dresses and a glass of champagne.

A good choice would be making the 007 movies marathon following all casino games Bond has ever played. Watch Dr. No 1962 to see James Bond enjoying baccarat or play it yourself at online casinos in the US. Follow Diamonds are Forever to watch the craps game or The Man with the Golden Gun for the Sic Bo game. In Thunderball, a spy agent also visits a casino, where he outplays the main antagonist Largo. This is not a spoiler, so don’t miss the chance to see all these Bond films whilst at home.

You can discover more about Vegas Crest Casino here.