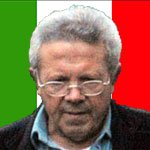 Paolo Chisci, a 70-year old senior citizen of Carrrara, Italy plagued with Parkinson’s disease is currently testing Italian gambling law by litigating against his doctors since the prescription medicine he took transformed him into an extremely compulsive gambling fiend. From 1999 to 2005, Paolo took “dopamine agonists” to reduce his degenerative symptoms, like trembling and sluggish movement.

Since then, the drug has become infamous for side-effects such as pathological addictions to pornography, shopping, and offline and online gambling in Italy. Warnings against these behaviors did not appear in the drug’s brochure until 2005. By this time, Paolo transformed from a habitual money saver to an unrestrained compulsive gambler.

Though the retired shopkeeper never gambled before taking dopamine agonists, within a few hours of in-taking the drug each day he wagered at slot machines and purchased up to 500 lottery scratch cards. Paolo asserts his €300,000 ($514,000) loss as being a direct consequence of the medication. Now he is seeking restitution from the prescribing doctors. Boeringher Ingelheim and Eli Lilly, pharmaceutical manufacturers, have been summed to the court as witnesses, although it isn’t clear on whose behalf.

Riccardo Lenzetti, lawyer for Paolo, declared “We have carried out a thorough examination through psychiatrists on our client which show before he started taking the drugs he was a regular saver…However he then started spending almost all his monthly pension on gambling and then also began borrowing from his friends and was unable to pay them back which has resulted in his social standing being affected.”

It is unknown whether Paolo wagered at online casinos in Italy while taking the drug. If he had, he may not admit as much since internet gambling in Italy was not made legal until The Decree on Liberation, article 38 made all online gambling legal on January 1st 2007.

While this case is believe to be unprecedented within Europe, in 2008 in the United States Gary Charbonneau won $8.2 million in damages after the court ruled the drug turned him into a gambling addict.