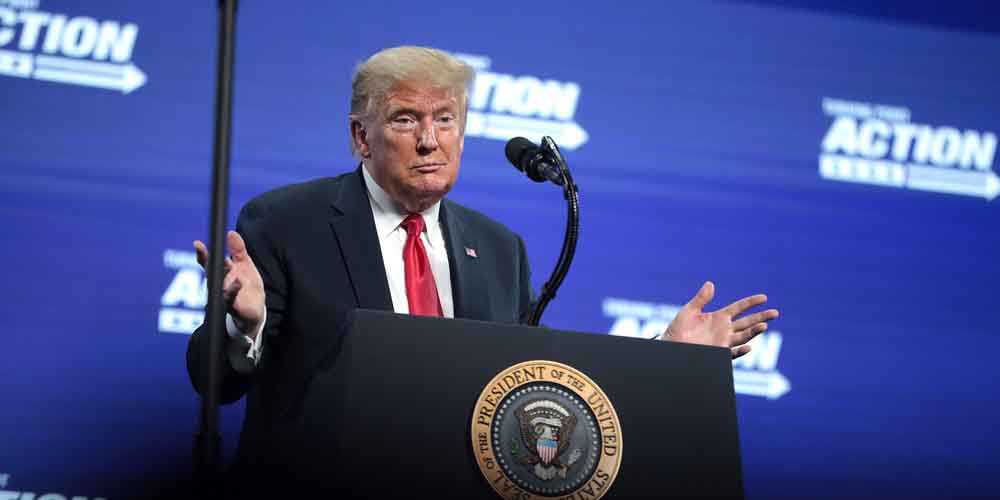 Where once a bet on US politics was a wager on the rather woefully obvious, these days little is as unpredictable. It is far more so than a bet on sports in the US. This is not because the mercurial political support of the US electorate is hard to assess, but because it may not matter. The President has once again refused to confirm he will abide by the results in November. He even threatens violence if he loses. This makes a bet on Donald Trump to win the election at Bovada a sensible option. Reality may just not matter.

“We’re going to have to see what happens.” This is not the answer any reporter wants to the question; “Will you commit to a peaceful transfer of power after the election?” However, it’s the one Donald Trump gave. That it debases the entire democratic basis of the nation is, apparently, not a problem for the President. He’s out to win, and win at any cost. In a system built around honorable men honorably serving their nation, it’s one reason to bet on Donald Trump right now.

“I’ve been complaining,” said Trump, wholly without the foundation you should note, “very strongly about the [postal] ballots, and the ballots are a disaster.” Which they aren’t. His assertion of massive voter fraud facilitated by mail-in ballots has no basis in reality. A Pennsylvania judge challenged the Trump team to produce some evidence of this supposed fraud. They had none. Still, a bet on Donald Trump at online betting sites in the US like Bovada is a good idea. This is politics. Truth is optional.

“Get rid of the ballots and you’ll have a very peaceful….there won’t be a transfer, frankly. There will be a continuation.” Said the President. This is why you should bet on Donald Trump to win in November. He’s willing to disenfranchise massive swathes of the US electorate to win. Not only that but he appears to suggest that the counting of postal votes will result in bloodshed. Let’s remember, there are already riots on the streets. People are already dying. In that context this reply is monstrous.

Bet On The US Election

“The ballots are out of control.” You can bet on Donald Trump to return to this theme repeatedly. What he means is they’re out of his control. So a sitting president is actually attempting to publicly delegitimize millions of votes because he doesn’t like what they say. That he will contest the election results is now not a possibility, it’s a certainty. So those who have backed him at online sportsbook sites in the US like Bovada can smile at that. Because a contested election is settled by the Supreme Court.

Bet On Donald Trump To Win Re-Election At Bovada

The death of Ruth Bader Ginsberg leaves a vacancy on the Supreme Court Trump and the GOP now rush to fill. They’re aware their haste is unseemly. They don’t care. With SCOTUS leaning right, they get to win the election regardless of the actual result. The odds on the US election might be close, but the reality really isn’t. You can bet on Donald Trump to do anything to cling on to power. Bound by little things like truth, honor and justice, Joe Biden, lamentably, isn’t.

“The American people will decide this election. And the United States government is perfectly capable of escorting trespassers out of the White House.”

So, the odds on Joe Biden are now around 5/6. This looks good compared to the odds on Donald Trump loitering around Evens. Unfortunately, those predictions are based on the polls, and the pollsters don’t ask if people will take up arms to contest an election result on the streets. Perhaps they should start. So, anyone in the US gambling laws are inviolable and bet on Donald Trump to go peacefully if he loses need to think again. A bet on the US election this year could be on the winner of the next civil war.

Given how far he seems willing to go a bet on Donald Trump to win in November is now sensible if somewhat merciless, wager to make.