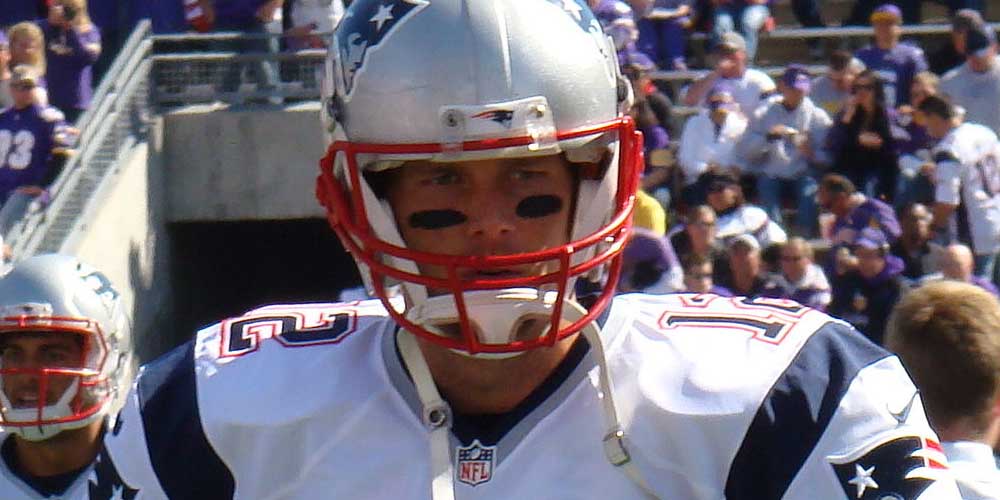 Despite, now, being forty-three you can bet on Tom Brady giving his all. In a contact sport that tends to keep careers short, he is the exception. He’s playing in his tenth Super Bowl, six of which he’s won. Of course, online sportsbook sites in the US like Bovada still give the Chiefs better odds. They are the better team on paper. However, in front of their home fans, you can bet on the Tampa Bay Buccaneers doing their level best. QB Tom Brady not least amongst them.

Claim Bovada's generous 50% up to $250 Welcome Bonus. 18+. New customers only. T&Cs apply.
Claim BonusBovada review
“I could never have imagined it would be like this.” Brady admitted. “I don’t think anybody could have.” He’s probably right. Few people bet on Tom Brady giving the Buccaneers such a boost. Now he’s leading them into the NFL final at the age of forty-three. An age long before which most players have retired. Patrick Mahones, his opposing number in the Kansas City Chiefs is, for comparison, just 25. That’s quite the difference in age, and, of course, experience.

You can bet on Patrick Mahones to lead out a determined team on Sunday. They won last year and he’ll want to do it again. However, whilst the odds on the Kansas City Chiefs are just 4/7 they’re by no means a shoo-in. Mostly that’s because even the online betting sites in the US like Bovada bet on Tom Brady making things unpredictable. The Super Bowl is a pressure cooker for players, the quarterback chief amongst them. Twixt the two, Brady has far more experience of it.

Bet On Tom Brady To Win Another Super Bowl At Bovada

“I’m obviously older now.” You can always bet on Tom Brady to speak realistically. His continuing enthusiasm spilling out in his sentiments. “Sitting in Tampa trying to win a Super Bowl in our own home stadium will be pretty sweet.” He agrees. However, his participation represents far more than just an up-swing for the Buccaneers. He once claimed he’d play until he was 45, now it looks like he could continue well beyond that. That’s a sea-change in the sport.

Obviously, he is an exception. Most players can’t manage to maintain the standards necessary into their middle age. However, you can bet on Tom Brady continuing to prove it’s not impossible. Others are bound to emulate him. In due course. This is especially true if the odds on the Tampa Bay Buccaneers prove erroneous. Anyone in the US gambling laws of nature make this unlikely should think again. Professional sports are no longer the preserve of the young.

“I always thought that success is passing yards or touchdowns or Super Bowls,” Brady says. “But it was always about maximizing my potential, being the best I could be.” Apparently, attitude and approach is everything. Not age. Sure, most people will bet on the Kansas City Chiefs and their far younger leader. That’s natural enough. But, a bet on the Super Bowl is something special, and a bet on Tom Brady at his age, with his career history? It’s just a little too tempting to pass up.

“My life has taken certainly a lot of different directions.” Said the career football player now repeating the same moments of glory for a tenth time. “I’ve got to put everything into it.” It’s something you can guarantee the Super Bowl to deliver. Everyone going that extra mile pursuing one of the most coveted trophies in the world. Fine, a bet on Tom Brady maybe to chase after a fairytale finish to this season. Okay. But despite the odds on Super Bowl LV it’s still a great fun bet on sports in the US.

We take a look at why you can bet on Tom Brady now playing well into middle age and, if he wins another Super Bowl, others will emulate him.