Kingpin is Due a Win: Bet on Kevin Johnson vs Andy Ruiz

News >Kingpin is Due a Win: Bet on Kevin Johnson vs Andy Ruiz

The odds are in and this heavyweight fight card holds a gravity for both fighters. With their reputations on the line and in need of justification, how should one bet on Kevin Johnson vs Andy Ruiz? 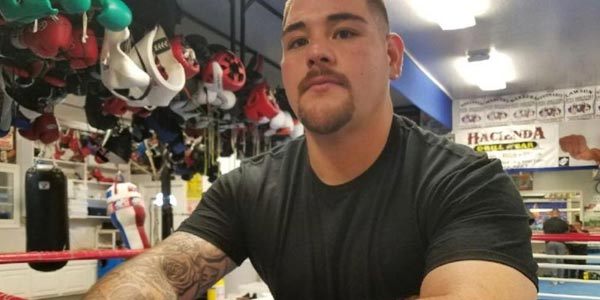 Two fighters, who have experienced their share of glory, come together for a fight to fuel the sensation. The matchup has caused speculation and shame to their reputations, a mutual make or break. But who has the advantage in this battle of pride?

Kingpin Johnson is famed for his furious jab, a punch that would have won him the world title should it have landed back in 2009. Ruiz on the other hand, is most famous for losing to Joseph Parker as his style is slow moving with a fast hand. Maybe a sound technique at amateur level but when facing a fighter with a decent defense and lightning fists, it is a completely different story.

After leaving the sport for two years, following his first defeat, it’s not skill Ruiz has gained. He has clearly spent the time on taking a break from training, apparent from his skill and recent addition of five pounds. Although his last match was an instant knockout it was against a relatively unknown has been on a fluke hit. It will be interesting to see how he goes when faced with a legitimate opponent.

Online betting sites in the USA predict the round to go the distance, Johnson putting up a strong defense whilst wearing down Ruiz with his famous jab. It will be either in the latter rounds when Johnson gets his knock out or on a technical decision.

Bet365 Sportsbook are offering exceptional odds, most likely based on Andy Ruiz’s sole win since 2016. A bet on Kevin Johnson could be the best decision a gambler ever made when the odds of a Kingpin win come in at 17.00. Online sportsbook review sites in the USA believes Kingpin to be the way to win big with a bet on Kevin Johnson vs Andy Ruiz.

I consider myself a passionate individual with a love for all that falls within the artistic spectrum. I throughly enjoy escaping the city confines an equal amount to that of the pleasure that being a habitant brings. I try to live by the legacy of Camus, to become something of a champion of the ordinary. The mundane moments are all we have ergo we must claim them as our own.