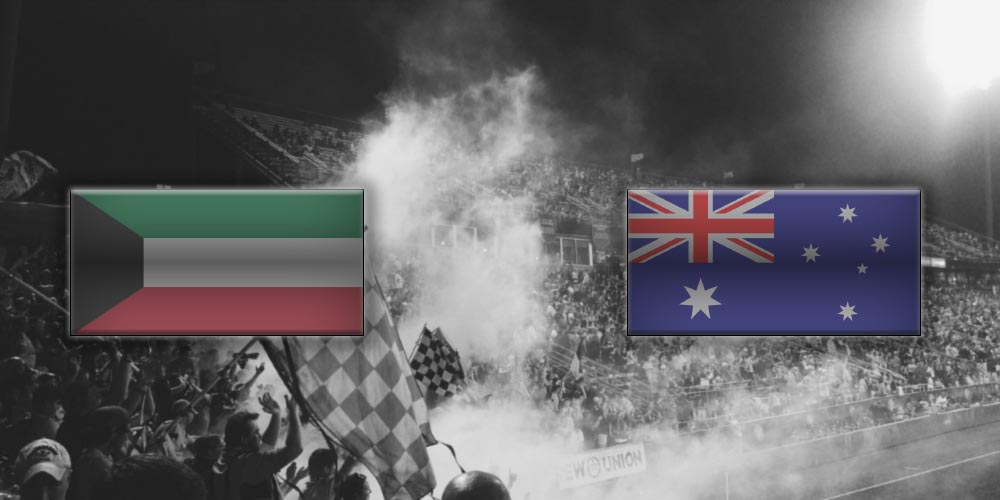 Australia is already dominating the ranking as high as 46 in FIFA reviews. Kuwait faced Australia almost a year ago, losing 4-0 in an International Friendly game. As a result, Kuwait vs Australia betting preview is expecting a relatively easier win for Australia.

Previously, Kuwait has faced Australia in 3 matches and lost 2, with Australia scoring an average of 4 goals. Lately, the Asian World Cup qualifying rounds have been in session since June 2019, concluding with winners proceeding to the inner circle of the 32 teams.
[suggested_topics title=’Read more on 2022 World Cup betting predictions’ topics=’140417′]

The two most recent Championship titles under Kuwait’s belt are the 1990 Arabian Gulf Cup, and the 1980 AFC Asian Cup. Recently, FIFA placed a sanction on the Kuwaiti football team, consequently disqualifying them from major tournaments. Back in the big game after a while, Kuwait is ready to make it to the third round of the qualifying rounds.

Reviewing stats from the recent games played by Kuwait in 2019, Kuwait has an impressive win-rate. Out of 9 games, Kuwait has 5 wins, 2 draws, and 2 losses. The former AFC Asian Cup Champions will face Nepal before the game with Australia. Online sportsbook news in Kuwait presumes the home team will be able to win with relative ease.

Kuwait vs Australia betting preview: Australia to win their first game in the Second Round

Since 2006, Australia have always qualified for the World Cup finals. They made it to the round of 16 in 2006. Previously, Australia have faced elimination in group stages for the past 3 consecutive World Cups.

Similarly, Kuwait vs Australia betting preview has Australia as the favorite to win. On the contrary, Australia managed to win 2 games out of a total of 6 played in 2019; there were 3 losses and a single draw. However, Head Coach, Graham Arnold is confident that Australia will emerge as the top two teams advancing from Group B.

“We have players that can make a difference and that’s a big thing,” Arnold said. “If you’re playing against packed defenses and you don’t have that individual quality of a one-on-one action that can go past players, it makes it tough. We have that now, and I’ve got a lot of belief in these boys.”

Australia’s ranking went further up after winning the AFC Asian Cup 2015. They qualified as the host team for the tournament. They have also been runner ups for the 2011 AFC Asian Cup held in Qatar.

Moreover, Australia’s head to head record against Kuwait is quite impressive as well.

In addition, odds at online sportsbooks in Kuwait predict an easy victory for the away team.

Australia is the clear favourite to win the game. However, if you believe the home team might steal a point or two, check out our review about 1xBET Sportsbook before placing a bet on Kuwait to win!