Labour Is Betting The HSBC Scandal Will Bury Cameron’s Chances 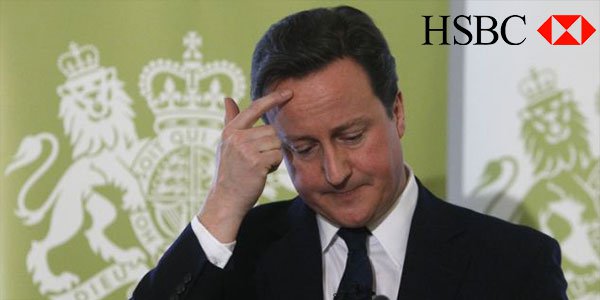 Will the British public find a Conservative party that serves the interests of the very rich rather than the population as a whole expendable on May 7th?

The Expendables movie franchise has done well. An ensemble piece of aging action stars coming together to make extremely enjoyable, lightweight, very tongue-in-cheek, stunt-packed films whose explosive scenes are all indispersed with the sort of in-joke-laden banter that makes audiences titter appreciatively and ensure they never for a second take it at all seriously. Not, of course, that we took the movies to which this a funny homage seriously in the first place.

For the stars it’s a chance to earn some money doing what they do best, despite being far too old to actually do it, and honestly, what choice did they have? Were we really ever likely to see Schwarzenegger and Stallone in a production of “Waiting for Godot”? Dolph Lundgren wasn’t going to pop up in the title role of a biopic concerning a famous Swedish Prime Minister and we are never likely to find Chuck Norris staring as Prospero in a screen adaptation of The Tempest.

Even Jean-Claude Van Damme, who in the film JCVD actually proved he could act and act well, isn’t likely to be considered for many roles that don’t involve flying kicks, lightning fast punches and the sort of sweaty muscle parading that my wife finds oh so fascinating. It’s a shame, but audiences have certain perceptions and expectations that can’t be overridden by mere talent, the 80s action hero label is hung around all their necks and they’ll never be rid of it.

Of course widespread perceptions of reputation, ability and behavior do not only apply to aging movie stars gambling news of their involvement in a film project will alone be enough to make it a success, we have the same clinging, irreversible attitudes towards all sorts of professionals. Sometimes this repute is unfairly bestowed, a perpetuation of a misconception produced by pop-culture perhaps, but far too often these global estimations and assessments are all too accurate.

No two professions at present garner quite so much cynical distrust and dislike as the duopoly of nasty that is politicians and bankers. The former are all self-interested, self-absorbed, dissembling, power-hungry fakers who would, as is said locally to where I am, “promise you a bridge even if you don’t have a river”, and the latter are all profiteering, merciless, cheating liars who stole all our money and then asked us to pay up more to replace what they’d taken and live in enforced poverty whilst we do so.

HSBC, one of the world’s largest banks, was this week discovered to have been helping wealthy British clients to dodge the tax man’s grasp. Obviously they did nothing illegal per se, their tax evasion schemes very much tax avoidance in nature, a clever use of loopholes in the law, the same as Google and Apple et al use to avoid paying their corporate taxes, but that legality can’t absolve them from the manifest and obvious moral turpitude of their actions.

Even as I write this there will be bankers in the UK gambling laws on tax evasion won’t be tightened, hoping this latest scandal will all blow over, but in the background they will be making plans for the eventuality that they are, their overpriced lawyers already working overtime to find the next set of barely legal fiscal maneuvers to save their clients from paying their fair share of tax in the future. In the meantime, of course, it has turned into a political football in the British general election battle.

The fact that the incumbent Conservative government placed a former HSBC chairman in position as trade minister even as stories of tax evasion/tax avoidance were made public was questioned in the houses of parliament with the opposition leader, Mr. Miliband, asking the Prime Minister, Mr. Cameron, if he and Lord Green had ever discussed the tax avoidance/evasion allegations against HSBC at any time during his three years as a minister. It was a question the PM then very obviously didn’t answer.

The Nasty Party Is Back

Indeed Mr. Cameron failed to answer the very same question four times in the space of half an hour at PMQs, following the basic rules of politics which insist you admit nothing, deny everything and make counter accusations. It was a pathetic performance from the leader of a government with its nose stuck so far up the arse of big business it no longer notices how bad the smell is, convincing absolutely no one and allowing Mr. Miliband to label Mr. Cameron the “dodgy” Prime Minister.

It is an appellation we are likely to hear more of as the election campaign continues and the investigation into HSBC widens. With the names of these wealthy tax-evaders/avoiders likely to become public knowledge (whether leaked by whistleblowers or announced by investigators) there is a worry amongst Conservatives that a great many will be found to be high-value donors to the party and that a connection will be made between their donations and a lack of investigation or rigor on the matter of their tax payments.

The degree to which this will play a part in the campaign remains to be seen, the complex nature of fiscal legalities hardly suited to snappy sound-bites and press releases, but should the Labour party manage to keep it a simple matter of easy to comprehend slurs like “dodgy” then it may prove very effective, reviving the “nasty party” label hung about the necks of Conservatives, entirely fairly, in the 1980s, and making them now perhaps just as expendable as Stallone and his chums.

To watch how this effects the chances of the major parties those of you who like to bet on sport in the UK, and there is no better sport than politics, can check out the odds given by sites like Bet365 who offer a full range of books on the elections, and whilst right now Bet365 is offering 4/7 on David Cameron retaining his role of PM and Mr. Miliband just 5/4 to be the next resident of No.10 Downing Street, you will probably see those odds change hugely as this scandal unfolds.