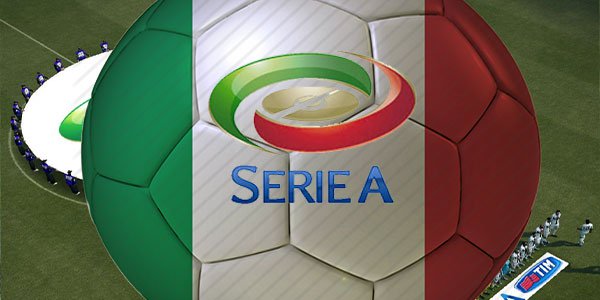 Serie A offers amazing betting opportunities so make sure to check out part II of our great betting preview.

In part II of our Serie A betting preview we will provide our readers with some additional information about other interesting games that will be played this upcoming Sunday. Inter, who had disappointing results all season, will face a test against Atalanta on the road, while Genoa will host Verona in a game that should see the former clinch a victory.

Italian gambling news reports that Udinese will go up against Lazio, but looking at the results of teams in recent games the latter side has better chances to seal the all-important 3 points. Chievo will play a game against Sampdoria, a team that is currently embroiled in some controversy with their newly acquired striker Samuel Eto’o.

Atalanta vs Inter and Genoa vs Verona

Atalanta stand in 16th place with only 23 points from 22 games so far. During the last five games they notched only 2 wins, whereas the other matches ended in 1 draw and 2 losses. Their home record is also pretty bad (3 wins, 4 draws and 3 losses), which won’t serve them justice as they are getting prepared to go up against Inter and defeat them to make progress on the table.

Inter are not actually that much better with their standing in the league, as they now sit comfortably in the middle of the table in 10th. They have only managed to win on 2 occasions while playing away from home, while the other matches ended in 5 draws and 4 losses. Bet365 still believes in them to pull off a win 2.25 (5/4) against their upcoming opponents, while a draw has been set at 3.25 (9/4), an event that is quite possible. Atalanta has been dealt unlikely odds of 3.40 (12/5).

Genoa have made some progress in recent times despite their current form being 2 losses, 2 draws and only 1 win over the last five games. They now sit in 7th place with 32 points and maintain an uncertain record of 3 wins, 5 draws and 3 losses while playing at home. Online sportsbooks in Italy have given them preferential odds 1.85 (6/7) to win against Verona at home.

The visiting side have not enjoyed a very successful spell in recent times judging by their last 5 games which ended in 2 wins and 3 losses. That is part of the reason why they sit in 14th position with 24 points. Bet365
has set their odds at 4.33 (10/3), which basically grants them underdog status, while a draw between the two is 3.60 (13/5), an event that may happen as well.

Udinese vs Lazio and Chievo vs Sampdoria

Udinese had hoped to achieve better results than they have at this stage last season, but their plans didn’t work out as they had initially hoped. They now occupy 13th position with 28 points in the league and they also have a somewhat obscure record while playing at home (4 wins, 3 draws and 3 losses). Their chances of clinching a win on their home ground against Lazio are rather limited 3.25 (9/4), considering the differences between the two clubs.

Lazio have been assigned favorite status 2.30 (13/10) due to their better standing on the table. However, when looking at their results while on the road they don’t seem very impressive as they have so far won on only 3 occasions, while the rest of times the games ended in 4 draws and 4 losses. That is why Bet365 has set a draw for the upcoming match at 3.30 (23/10), an event that may quite likely.

Sampdoria will travel to Verona on Sunday evening where they will face Chievo and hope to make their presence known to the hosts. Chievo are 17th in the league and only one place is dividing them from entering the relegation zone. Over the last 5 encounter they recorded 1 win, 1 draw and 3 losses, so Bet365 has decided to give them unfavorable chances 2.88 (15/8).

Sampdoria have put on decent performances in recent times, although they are having internal problems with their new striking addition Samuel Eto’o. While playing away from home they have recorded 3 wins, 5 draws and 3 losses, which is part of the reason why they have been granted 5th spot in the league. Mobile betting sites have therefore decided to give them slightly better odds 2.63 (13/8) than Chievo. A draw on the other hand has been set at 3.10 (21/10).