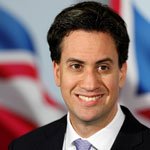 Labour party leader Ed Miliband is determined to get rid of what he believes to be UK’s most poisonous pastime: high-stake gaming machines. In an interview with the Daily Mirror, the politician says entire family budgets were gambled away on fixed-odds betting terminals (FOBTs).

With legislators failing to impose lower gambling stakes under UK gambling laws, Miliband believes gambling machines have become an “epidemic”, as punters can lose up to GBP 100 every 20 seconds. This is why FOBTs have become known as the “crack cocaine” of gambling.

According to the politician, FOBTs are more likely to appear in poorer areas, making low-income earners an easy target and destroying families. Miliband promises that the next Labour government will change laws in order to limit the number of betting shops, after having “learned from the experience” and admitted that things need to be changed.