Experts Believe In-Play Betting Is too Big to Ban 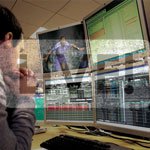 After the recent match-fixing scandal where two UK footballers and Singaporean nationals are accused of breaking British gambling laws by fixing a match, experts are having a closer look at the problem. According to some of them, the format has become popular and powerful enough to be immune to all efforts to ban it.

It is the opinion of law professor Jack Anderson, from Queen’s University in Belfast, whose research into gambling-led corruption shows that actions against match-fixing in high-profile sports don’t bring any changes on the betting market.

According to him, the impressive amounts of money made from in-play betting have given a lot of influence to bookmakers, who would never allow it to be outlawed. Regulated betting companies are not a threat, says the professor, but small ones on non-regulated markets, such as those existing in Asia, lead to corruption.

Is match-fixing a problem?

While Alex Horne, the general secretary of the Football Association, doesn’t see match fixing as a widespread problem, ARJEL – the authority responsible for regulating internet gambling in France – launched a campaign asking football players and athletes not to damage the image of their profession.

Three weeks ago, representatives of several sports organizations held a meeting to debate the issue of “spot-fixing” and asked authorities to address the mechanics behind betting corruption. As bookmakers become more and more popular across the UK, this is certainly a problem worth looking into.