Las Vegas: The Mecca of the Gambling World (part 1)

News >Las Vegas: The Mecca of the Gambling World (part 1) 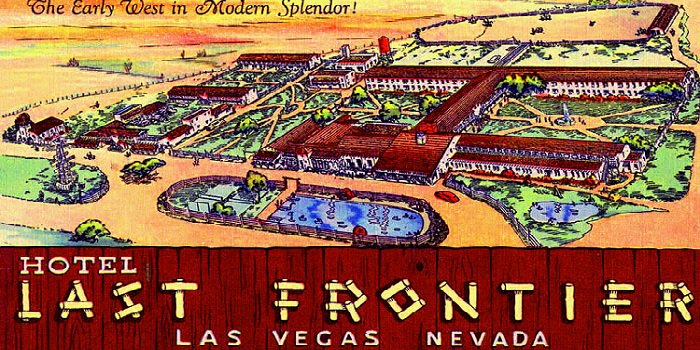 A look into the past and present of the most revered city in the gambling world.

Las Vegas is synonymous with the word “gambling.” Its 0% income tax makes it a haven for many wealthy people who are active in the Las Vegas scene that fully compliant with U.S gambling laws. Being one of the most popular tourist destinations in America, the hub of activity is centered along the Las Vegas strip which is a 6.8 km strip that runs south of the city limits. This skyline is one of the most recognizable in the U.S.

The cityscape contains casinos, restaurants, high-rise apartments and 15 of the 25 largest hotels in world. It’s been estimated that it would take a person 288 years to spend one night in every hotel room in Las Vegas. Nestled in the middle of the Mohave Desert, the immense concentration of lights makes Vegas the brightest area on Earth from outer space.

The first casinos and hotels to form the strip

Highway 91 was the location of the first casino called the Pair-o-Dice in 1931. The first casino that was actually opened on the strip was the El Rancho Vegas in April of 1941 and it remained for 20 years until it burnt down in 1962. The casinos, being the only two at the time, brought about a lot of business. The following year after the opening of El Rancho, Hotel Last Frontier opened.

Soon Las Vegas attracted organized crime. Characters like Bugsy Siegel from New York saw the opportunities in a gaming center that was accessible to larger resorts like the Flamingo that opened in 1946 and the Desert Inn that opened in 1950. Funding for these ventures came from the American National Insurance Company based in Galveston, Texas, a gambling haven providing everything from table gambling to sports betting.

The Stardust Resort and Casino opened its doors in 1958. Although the hotel was built by Tony Cornero who died in 1955, it was completed by John Factor who acquired all of its assets. Factor leased the resort to Moe Dalitz to operate. The hotel had the momentary honor of having the largest casino and swimming pool in the state of Nevada as well as the largest hotel in the area.

A year later the Stardust took over the closed Royal Nevada hotel-casino renovated the showroom and transformed it into a high-roller suite from 1959-1964. The management ran by career criminals, made more additions giving it the most hotel rooms in Vegas until the International opened. Soon, Stardust opened the International Raceway located in Spring Valley which hosted the USAC Championship car series.

By that time, the roadway called Arrowhead Highway was renamed “strip” was supposedly named by a Los Angeles police officer named Guy McAfee whose home was Sunset Strip. The Flamingo was purchased by Kirk Kerkorian in 1968. After appointing Sahara Hotels Vice President Alex Shoofey as President, he brought 33 executives from the Sahara.

Apart from being a hotel, the Flamingo was a training ground for employees who will work in the International Hotel that was then under construction. It wouldn’t be until a year later that the International Hotel, currently called the Westgate Las Vegas, opened becoming the first mega-resort with 1,512 rooms.

Kerkorian opened the first MGM Grand Hotel and Casino in 1973. Setting a new record with 2,084 rooms, it was one of the largest hotels in the world. Unfortunately, the MGM Grand was a victim to the worst building fire in Vegas history. Well known in US gambling news, the fire, caused by electrical problems, resulted in the deaths of 87 and 700 injuries out of the 5,000 staying in the hotel at the time.

The fire began in a restaurant called The Deli and spread throughout the areas where there weren’t any sprinklers. Although most died from smoke inhalation, rescue helicopters were able to rescue 1,000 people from the roof of the resort. The disaster ranked as the third worse hotel fire in modern U.S history. Six years later the resort was sold to Bally manufacturing and became known as Bally’s.