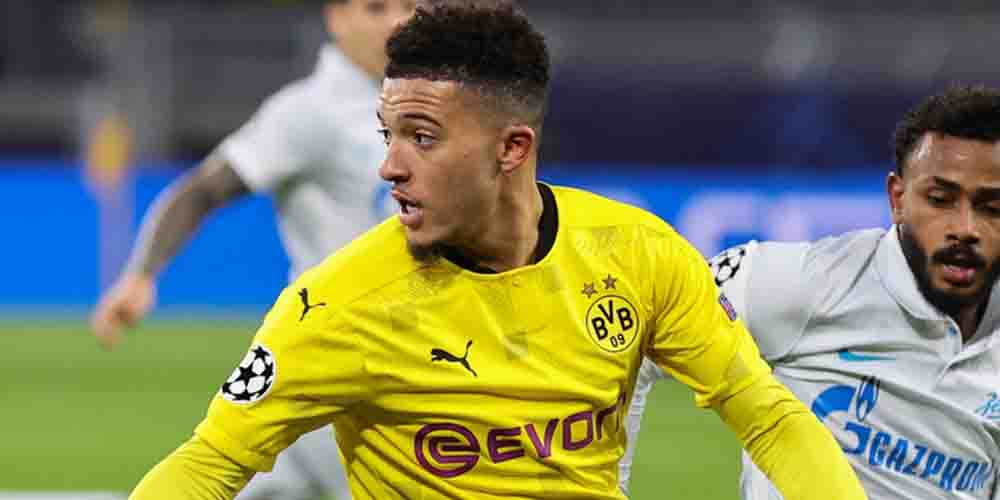 Even though most football fans concentrate on the European Championship right now, movements in the top leagues are going ahead. Including the Premier League where there have been several new manager appointments and signings. Let’s read below about the latest Premier League transfer news and possible new deals.

After England got through to the quarter-final at the Euro 2020, it’s not surprising that English players are already in the focus of the transfer market. Beside other stars like Lionel Messi who became a free agent yesterday. His departure from Barcelona is not likely though unlike the signings of some other top players by English clubs. While some of them were also looking for new managers and have announced new appointments these days.

Though Borussia Dortmund winger Jadon Sancho has only played six minutes in this year’s European Championship so far, he has been one of the most sought after players in the last few years. The 21-year-old is one of the greatest talents of English football. He left Manchester City four years ago for Germany where Sancho improved a lot. Now the local rival, Manchester United managed to sign him from the German club for a £73 million fee. His signing ended a long-going saga between the two teams. And surely all United fans were glad to hear the news. Especially as the Red Devils will aim to win the title in the new season with online sportsbooks in the UK mentioning them in the top favorites.

Not sure how Liverpool fans will react to the latest Premier League transfer news which announced the appointment of Rafael Benitez as the new Everton manager. The Spanish manager has joined the Toffees, the arch rival of Liverpool after spending six years at the Reds between 2004 and 2010. He got great results at his former club after winning the Champions League in 2005 and the FA Cup in the following year. He also led the team to the 2007 UCL final but couldn’t win the Premier League with them.

Since his departure from Liverpool, Benitez worked at Real Madrid, Napoli and Newcastle United while he spent his last two years in China. His appointment at Everton might have shocked the fans though at both clubs. But the Everton owner, Farhad Moshiri, wants to win titles now after investing huge amounts of money into the club. Especially after the team only finished in 10th place last season with Carlo Ancelotti, who rejoined Real Madrid last month. Now Benitez has to continue his job and finally get some success for the club.

Another huge news was released yesterday. The appointment of former Wolves manager Nuno Espirito Santo as the new manager of Tottenham. The Portuguese has been at Wolverhampton since 2017 where he did a pretty good job. As he led the team from the Championship to the Premier League and managed to keep them there. What’s more, the team finished in 7th-place in the next two years. And also reached the quarter-final of the 2019-20 Europa League. After a slightly worse season, Nuno left the club by mutual consent this May.

But he wasn’t out of work for long after getting his biggest job so far. Expectations are quite high at Spurs where Jose Mourinho was sacked in April. The team was only 7th this season. It was a poor result from a squad full of top players. Including Harry Kane who is currently still at the club but several teams would like to sign him. To finally have a permanent manager might convince him to stay, though Espirito Santo wasn’t the club owner’s first choice. According to online sportsbook news in the UK, former Spurs manager Mauricio Pochettino was asked to come back. But he refused the offer, just like Julian Nagelsmann, Brendan Rogers and Antonio Conte.

As it’s only the 1st of July, there is still plenty of time for new signings. Another Dortmund striker, Erling Haaland is one of the top targets of several clubs including current Champions League champions Chelsea. But there can be a big race for Italian players Manuel Locatelli and Domenico Berardi as well. Some Bayern players can also leave the club for England like Kingsley Coman and Leon Goretzka. While probably all clubs would love to sign Lionel Messi who has become a free agent today.

In the managerial scene, all positions are confirmed now except the job at Crystal Palace. No one has been appointed since the departure of Roy Hodgson who was at the club since 2017. Lots of names have been mentioned in connection with the job. But at the moment it looks like former Arsenal skipper Patrick Vieira will be the winner. The French star started his coaching career at Manchester City’s Academy before joining New York City FC and Nice. He was sacked by the French club last December, now he can aim for a better record in London.