Legal Online Poker in California: Lawmakers Return to the Issue 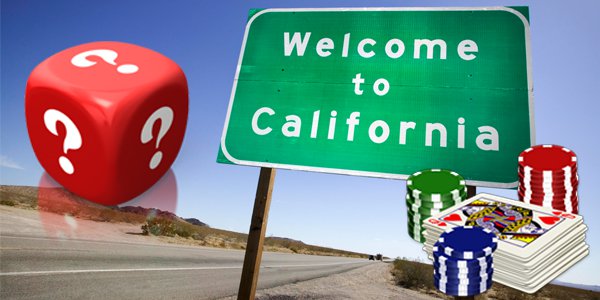 Online poker could soon become legal in California, as lawmakers have returned to the issue.

Online poker sites in the United States could soon become legal in one more state – California. Both the gambling industry and lawmakers themselves are moving closer to allowing one more state besides Delaware, Nevada and New Jersey to open its online gambling market.

Only yesterday, a legislative committee has heard various suggestions and steps needed for creating a legal framework under American gambling laws, which will suit taxpayers, consumers, and the government.

California online poker is under discussion by lawmakers<

• California could become the fourth state with legal online poker

The issue of legal online poker in the state is not new. California Legislature has been debating it for almost five years now. But most of the attempts met obstacles stemming from disagreements between Indian tribes and the legal uncertainly on the national level. And once the three states have legalized online gambling last year, California went at it once again.

Manuel Perez, California Assemblyman, had the following comments in American gambling news: “The time is overdue. I think we need to move forward. I sense that we’re pretty close. I’m committed to making sure something gets done this year.”

His colleague, Brian Nestande, agreed: “This could be a model framework for other states to use, a framework that convinces the federal government that California is doing right.”

Both politicians sit on the Assembly Governmental Organization Committee, a body which had a thorough research on the matter and just held a lengthy hearing on it. There have been two separate bills introduced before the committee, both dealing with legal framework for legalization, but they will be fully considered later on.

California is regarded as a state with the biggest potential for intrastate online poker business with population close to 40 million. While testifying before the committee, industry figures said that a healthy pool of players is very essential to maintain a poker site. California will certainly be able to provide enough players online at any given time. Moreover, suggestions were made to allow residents of other states to be allowed to play in California as long as they are located within the state.

The biggest problem for online poker legalization in California, is the fear from Indian casinos operators, that the new business will take a large share of their profits. However, according to Pechanga Band of Luiseno Indians Chairman, Mark Maccaro, that way of thinking is a thing of the past.

He spoke about a general consensus among Californian tribal nations. Maccaro was quoted: “It’s a necessary step to protect our brick-and-mortar facilities and preserve our business in the long run. We believe it’s preferable to design the bus rather than get run over by it.”

During the committee hearing, Macarro was joined by a handful of other tribe leaders. This fact was quickly noted by Assemblyman Jose Medina: “The fact that you are all at the table is a tremendous leap. I sense you can bring this home for the people of California.”

The coalition of tribes stressed that a legal framework model similar to New Jersey and Nevada would be best for California. It ensures that online poker licenses are given out only to existing gambling destinations. In case of California these include tribal casinos and licensed card clubs.

Moreover, advocates of online poker legalization and tribes continue to support only online poker. There are not content with allowing online casinos, betting on sports, or any other form of online gaming activities.

History of online poker in the USA

Industry analysis reveals that the state residents are wagering over $300 million annually at illegal online poker sites located offshore. Back in 2000s legal online poker enjoyed a boom in the USA, thanks to the TV coverage of the World Series of Poker and general popularity of the game. But the creation of Unlawful Internet Gambling Enforcement Act (UIGEA) in 2006, has put an end to legal online poker in the country.

The majority of operations located in the USA have closed their doors then, while banks and other financial institutions were refusing to help out with transactions related to online poker. And then came the Black Friday, when the remainder of online poker sites operating in the US had to withdraw from the market.

And while the federal law allowed online gambling within the state lines, most of them were still afraid to act until the US Department of Justice opined in 2011 that the financial transactions connected with such online gambling business will not be violating the federal Wire Act.

Legalization proponents say that fully licensed state operators will generate as much as $800 million in revenues for state coffers in the first 5 years. Legal sites will also provide full protection for players, which have to resolve to dubious off-shore sites now.

The chairman of the Nevada Gaming Control Board, Mark Lipparelli, has also appeared before the committee in California. He said that the regulatory framework in his state ensures all players are within the state and of legal age, on top of overseeing that all games are conducted on a legal basis.

He commented: “We are no longer in a greenfield status. We had a 75-year reputation to protect. I can give you confidence that the model does work.” However, Lipparelli warned California lawmakers that the rates of taxes on poker must be limited to “a number in the high single digits. There is, in the case of poker, only so much money in the pot.”

We continue to follow the Californian online poker developments closely and will report back to our readers on any changes.