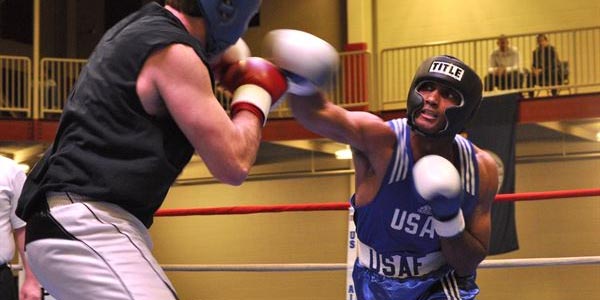 The Golden tournament is back in February, staging the final fours of two divisions. We are taking an in-depth look at the potential outright winner of the featherweight division. The Commonwealth champion Leigh Wood seems to be the favorite, as per Golden Contract featherweight odds.

The semifinals of the MTK’s featherweight tournament are about to go on February 21 at London’s iconic York Hall. Whereas, the finale is set for either May or June 2020. Four fighters aim for glory including Ryan Walsh, Leigh Wood, Tyrone McCullagh, and Jazza Dickens. There are no world titles on the line, but the outright winner will enjoy a substantial career change. The prize offers a two-year deal that guarantees six-figure fight purses and exposure on a global level.

Online gambling sites in the UK suggest it is a very tight contest, with fights to go either way. But, the biggest threat out of the four fighters is Leigh Wood. His resume shows he is rightfully the favorite at Golden Contract featherweight odds. So, here is a brief summary for all the four semifinalists, starting with the top contender Leigh Wood.

The 31-year-old boxer from Nottingham holds the Commonwealth featherweight belt. He won the belt in March 2019 by stopping Abraham Osei Bonsu. Later on, he halted Ryan Doyle in the tenth round in May. At the quarterfinal of the MTK Global tournament in October, he stopped the decorated Irish amateur Davey Oliver Joyce in the ninth round.

Wood has a record of 23-1, with 13 KOs, and he holds 12 straight wins and four straight by stoppage. The only defeat Wood endured was five years ago against Gavin McDonnell for the British super-bantamweight title. According, to online sportsbook news sites in the UK, Wood is the headline of the tournament. And, his impressive resume makes him the favorite with a value of 27/20 at Golden Contract featherweight odds per Unibet Sportsbook.

The 33-year-old contender from Norfolk, England is among the frontrunners with 6/4 odds at Unibet Sportsbook. Ryan Walsh holds the British featherweight belt for four years as for now. His record stands at 25-2-2, with 11 KOs. At the quarterfinal, he won against Cuba’s Hairon Socarras in the ninth round by a stoppage. Previously he earned a split decision victory over Lewis Paulin. However, four of his last six fights have ended in split decisions, which is not so promising.

The Liverpool boxer enjoys a very good form. He has won five successive fights and holds a record of 28-3, with 11 KOs. In the quarterfinal, he faced Carlos Ramos and won with a unanimous decision. Dickens is best known for his brief and painful taste of world title level when he faced Guillermo Rigondeaux three years ago in Cardiff. He is perhaps the sneaky dangerous fighter and a young veteran with solid ability. His odds are 7/1 to win the tournament, but that is only if Wood and Walsh are not at their best.

Tyrone McCullagh had one fight in the last year

The 29-year-old fighter from Derry, Northern Ireland, has stepped up from junior featherweight to face Razaq Najib in the quarterfinal. McCullagh took on Najib in his second fight in the last 12 months, He controlled the fight in a good manner to win with a unanimous decision. Although his odds are 9/2 to win the tournament the tougher test is yet to come.

As an enthusiast fan of boxing, check out the review about Unibet Sportsbook, one of the largest platforms offering the best boxing odds.