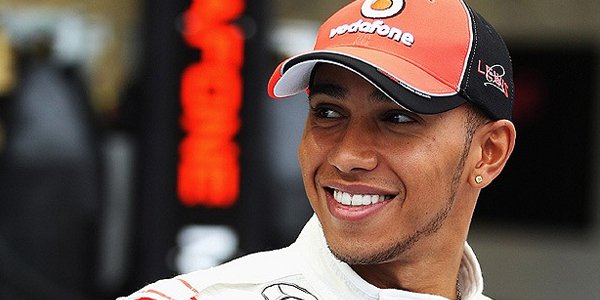 The British driver for Mercedes will be aiming to duck misfortune at the Brazilian Grand Prix which has caused hum much disappointment in past season.


Since making the switch to Mercedes from McLaren nearly two years ago, Lewis Hamilton has enjoyed fine success with team. In his initial season, he finished fourth overall in the driver’s championship which was viewed as a decent beginning considering the change he made between two big Formula 1 teams. This year on the other hand he has been firing on all cylinders, clinching the first spot and not being able to let go of the lead.


Hamilton has so far secured five straight wins, with the most recent one coming at Austin, the US Grand Prix. However, Formula 1 experts have warned about the bad luck he seems to exhibit with the Brazilian grand Prix, the Interlagos circuit. UK gambling news report that the British driver has suffered some serious drawbacks whenever he raced in Brazil, a fact that may hinder him to be fully confident when Sunday arrives.

Many Formula 1 fans remember how he just managed to seal his first driver’s championship six years ago, in 2008. The chaotic circumstances took place at the Interlagos circuit which almost saw the young 23-year-old Hamilton lose his dream of being crowned the best in motor sports. In the final race of that season, he had to finish fifth or better to clinch the title and many online sportsbooks in the UK at the time believed he had the full ability to be first.


Unfortunately, he suffered a setback while racing and somehow ended up driving in sixth place in the final lap, one behind the required position to grant him his championship aspirations. The McLaren’s pit crew were radioing Hamilton assuring him that he could catch up with Timo Glock (Toyota F1 team at the time) and therefore snatch up the main prize. However, things don’t always appear as easy as they initially seem.


Nevertheless, the young British driver managed to surpass Glock with some sublime cornering maneuvers and therefore seal the necessary fifth spot to grant him the exact amount of points to seal the championship. The race and especially the end is often regarded as one of the most intense finishes in the annals of Formula 1. Later reports revealed that the driver has gambled on wet tyres as he anticipated rain, which gave him the impetus to finish ahead.

Hamilton appears to be jinxed by the Brazilian circuit

One year after sealing his long-desired championship in 2008, Hamilton once again suffered misfortune at the Brazilian Grand Prix. Through the qualifying rounds in 2009 he performed solidly until a massive rain started pouring that only allowed him to third fourth, which meant that he had to start from 17st position on the day of the race. This also highlights the fact that since then he has never been on the podium at Interlagos.


For online players looking to wager on the race this weekend, taking these stats into consideration are worthwhile. Following his recent 5 straight wins he is nevertheless the favorite to win the Brazilian Grand Prix 1.72 (8/11), per mobile betting provider Betfair. While in the early market the British 2008 champion has been assigned odds of 2.02 (1/1) for the qualifying/winner double.


Hamilton is primed to win the driver’s championship considering that he currently enjoys a 24 point gap between him and his fierce teammate Nico Rosberg, who is on 292 points. For that reason, the British man is favorite with Betfair 1.2 (1/5). Despite being tipped to lift his second title in Formula 1, there are some bad news for Hamilton. Heavy rain is once again expected to hit the circuit on all three days, so fans should expect some thrilling race drama.


Recently UK gambling laws received a revision which split online gambling into unofficial three segments (recreational bettor, sophisticated bettor and occasional bettor). Formula 1 fans and Betfair customers have been found to mostly belong to the sophisticated sector which entails them knowing the details and betting options of Formula 1 races. This enables them to create better chances for themselves when they visit the gaming provider.