Martin Jacobson Cooking Up a Plan to Win the WSOP

News >Martin Jacobson Cooking Up a Plan to Win the WSOP 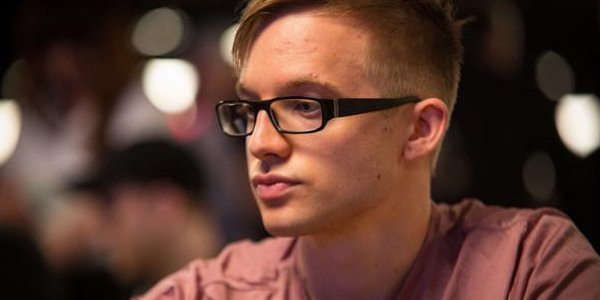 November Nine has a very interesting line-up this year; every player has its own captivating story to tell.

American poker player Mark Newhouse had very small chances to become the first player ever to make back-to-back November Nines. Billy Pappas will be trying to make the shift from international foosball champion to poker star.

Jorryt Van Hoof, who starts the tournament as chip leader, is the second Dutch player in to make the final game, while Bruno Politano entered poker history as the first Brazilian ever to make a World Series of Poker (WSOP) main event final table.

And, of course, there’s Martin Jacobson from Sweden, the 27-year-old who has earned $5.5 million on the felt and has the most career tournament winnings of all nine players. He will enter the game with 14.9 million in chips.

It’s always interesting to get to know a little bit more about the nine lucky players who will fight for the $10 million guaranteed prize available at this year’s poker championship. It looks like poker fans are in for one of the most exciting final tables ever.

From cooking to poker

The big poker race starts on Monday and will be held in one of the most famous American poker rooms, at the Rio Hotel and Casino in Las Vegas. All eyes are on the nine players who will battle it out for a never-before-seen $10 million guaranteed prize.

Billy Pappas has been at the centre of attention recently, due to his sudden and surprising leap from professional foosball to poker, but he’s not the only one with an unusual background. Jacobson got his first poker book from his father, when he turned 18. While he developed an interest in the game, he never really thought about playing on a professional level. He had different plans – he was going to become a world-class chef.

He went to culinary school – and loved it – then worked in his home country for a while. But after a few years he decided it was time for a change in scenery. When he was offered the opportunity to work in Barcelona, he quit his job. But that plan unexpectedly fell through, and while he was trying to figure out what to do next, he started playing poker. That was when his life took a whole different turn.

“I started playing sit-and-gos online, and they were my bread and butter,” he told reporters. “I made some extra money online and [those sit-and-gos] ironically helped prepare me for the steps on PokerStars.”

The beginning of a new career

Jacobson’s first important result as a poker player was qualifying for the 2008 World Series of Poker, via an online poker site in Sweden. He won $12,000 at one of the satellites, but wasn’t sure what to do next: keep the money or use it to travel to Vegas and participate in the tournament.

“I called my mom and asked for her advice,” he remembered. “She said, ‘Obviously, you are going to Vegas.’ That’s not what I was expecting her to say, but when she did, I definitely decided to go.”

The young talent had mostly played online and the 2008 WSOP was his first try in a major tournament. “I played some home games and played some smaller tournaments at some poker clubs, but I had never experienced like anything like the World Series,” he said.

Even though things did not work out that time and Jacobson was eliminated from the main event on the third hand, he did not give up. “That was a devastating moment. I was upset for a few hours, but I got over it pretty quick.”

He had a great six-figure score in 2008, finishing second in the PokerStars Sunday Million, then he qualified for the European Poker Tour in London and Budapest. In just one year, he had played in three major main events.

“I was enjoying traveling and playing poker. Somehow I managed to make it to the final table. I definitely got lucky in a couple spots and took third. I was incredibly happy at that time. It was unreal.”

All in all, Jacobson had a good run his first year as a professional poker player, winning $250,000 in total. A couple of years ago, he moved to London to continue his poker career from there, and has been consistently making appearances in Europe.

Now he has nine EPT main event cashes and four final tables in his portfolio, and in October 2013 he scored his first win in the GBP2,200 EPT preliminary event, where he beat Eugene Katchalov and took more than $125,000. The same year, he gained recognition in the US by finishing sixth in the WSOP One Drop High Roller and winning $807,427.

Things have only been getting better for the Swedish player, who began this year’s tournament with a run that made him chip leader after Day 1A. Humbled by the supports from his Swedish friends and fans, Jacobson believes everything that happened in his career so far has helped him prepare for the big battle.

“I think all my experiences will help me. I have played for big money before. I know that I don’t fold under pressure and I don’t get affected by the prize pool. So that feels good and I feel that I’m ready.”

While players are getting ready for the poker competition, online and mobile betting sites are taking bets on this year’s WSOP winner. Besides placing wagers on who gets first place, punters can also make bets on the color of the last flop and last turn card, as well as on whether the big winner will be an American or not.

As far as the nationality of the winner goes, betting companies are offering 6/4 odds for punters who put their money on an American player and 1/2 for those who say the winner will be from another country. Four November Niners come from the US, by the way.

The countdown has begun! Make sure you keep checking GamingZion for regular updates on the November Nine.