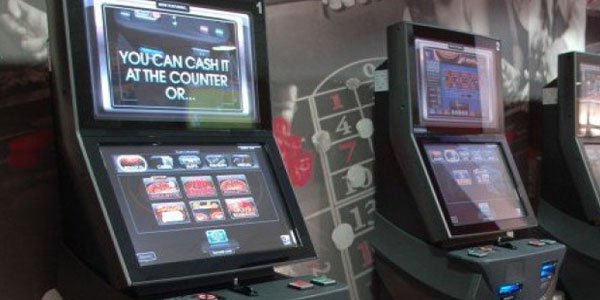 Fixed odds betting terminals have long been controversial but now local authorities in the UK are banding together to get government to do something about them.

Local Authorities in the UK are a much maligned section of British politics. They’re often portrayed as busybodies or self-aggrandizing profiteers, very rarely as defenders of our communities or environment. Part of this problem is that whilst most people could name the MP their constituency sends to Westminster once every four years, no one can name their local councilors unless they’re related to one.

Their perceived lack of accountability and lack of public profile, beyond members of their immediate family and the six people at the town hall who don’t think they’re idiots, means that over much of the latter part of last century all was done to drag power away from them and centralize it in Westminster where power doesn’t equate with control but with budgets. This is why Civil Defense in case of Nuclear war is left to local authorities, because no one budgets anything for it and it won’t work anyway.

However the 2007 Sustainable Communities Act began to claw some of that power back. According to the Local Government Association “The Sustainable Communities Act 2007 (SCA) provides an opportunity for local people to ask central government via local government to remove legislative or other barriers that prevent them from improving the economic, social and environmental well-being of their area.” Those of you paying close attention will note the use of the words “opportunity” and “ask” in that summary and will be naturally cynical of the entire exercise.

However, the law includes provision for a lengthy consultation process, and a mediation system that forces both sides, locals and central government, to seek a compromise, which seems wonderfully sensible when written down but in the practical world merely gives the press, who are always gambling news of a political spat will make for good headlines, free reign to pour the cold water of faux outrage onto the fires that push the nation forward.

It is this Sustainable Communities Act that lies at the center of a new minor skirmish in the ongoing war between Westminster and Local Government, a skirmish that involves betting shops, fixed odds betting terminals and the police. Political consensus is about as normal in the UK as it is in the US or elsewhere, but this week more than a quarter of all English local authorities banded together regardless of their political party allegiance in an almost unparallelled move to change government policy.

The 93 local authorities, that range from Conservative or Liberal Democrat controlled, all the way through to those under Labour’s purview, have demanded under the act that ministers at Westminster give consideration to reducing the maximum states on FOBTs from 100 GBP to just 2 GBP a spin, knowing that even a rejection of this idea from central government will force the Local Government Association to mediate the agreement of a compromise.

FOBTs have always been controversial, frequently described as “the crack cocaine of gambling” (but only by those who’ve never taken crack cocaine), and the councils claim they have had a serious impact on the number of people suffering from problem gambling and its knock on effects. Given one could, were one inclined, wager 100 GBP every 20 seconds on the machines, perhaps that’s not a huge surprise. However their objections to the machines don’t stop there.

The councils claim, and have statistics to back this up, that there is “significant crime and anti-social behaviour associated with betting shops” and using Newham Council (leading this coalition of local authorities from across the country) as an example perhaps they’ve a point. In 2013/14 there were 9,308 of what they term “customer incidents related to gambling activity in betting shops which required police assistance.”

UK gambling laws  might not be being broken per se, but an awful lot of others are, with an average of 179 callouts for the police to bookmakers every week. “In Newham, police officers are called to an incident of crime or anti-social behaviour related to a betting shop every day.” Which is, they claim, a drain on resources and precious law enforcement man-hours. Worse still they directly relate this to an increase in FOBTs, given that 10 years ago there were next to none……and now there are 33,000.

“Some 93 councils, of all political parties, have signed up to our Sustainable Communities act, the largest number ever, to urge government to bring an end to casino-style gambling on the high street, and prevent betting shops from clustering and destroying our shopping districts, especially in deprived areas.” Said Sir Robin Wales, mayor of Newham, referring to the fact that in the 55 poorest areas of England there are double the number of betting shops than in the 115 richest.

“There is no evidence,” stated the Association of British Bookmakers, in response “that a reduction of the stake to £2 will have any impact on problem gambling. Betting shops are situated in major commercial centers and 84% of betting shops are located in commercial centers where the demand is highest.” Which probably means a) they haven’t looked for any evidence, and b) they consider problem gamblers a source of “demand”.

This case will likely run and run as Central government tries to dodge the issue in the run up to the general election next May and local authorities try to make as much noise about it as possible. The use of the Sustainable Communities Act in this manner might well set a precedent that could effect not just FOBT users but those of us who like to bet on sports in the UK as well. There’s a can of worms being opened here and central government are unlikely to want to eat it all themselves.