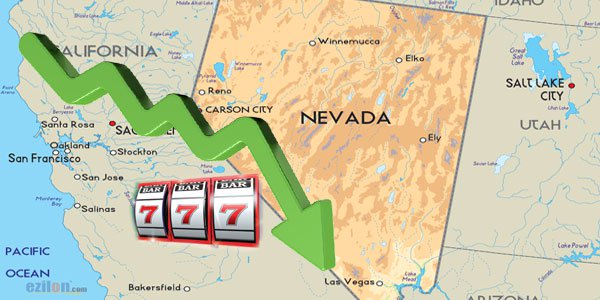 Nevada casinos turned in a weak month of October as 2014 is almost certain to see a decline in annual revenues.

While newswires have mostly been occupied with the sliding performance of casinos in Macau and inexorable decline of Atlantic City, data shows that the Las Vegas casino revenue is also less than robust.

The Nevada Gaming Control Board released a report Wednesday listing October revenue at $914 million, down 4.3% from the same period one year earlier. And year casino revenue is down roughly 1% from the first ten months of 2013.

The Vegas Strip accounted for $787 million of the state’s aggregate casino revenue but still decline by 6% from one year ago, with declining intake from baccarat pegged as the primary culprit. A popular draw for luxury casino gamblers, baccarat accounted for only 11% of total gaming revenue, down from 15% in October, 2013.

The state’s three poker platforms earned only $665,000 in October, down a full 47% year-on-year. One such network, Ultimate Poker, shut down in November, leaving Nevada with only two legal platforms: Real Gaming and the World Series of Poker.