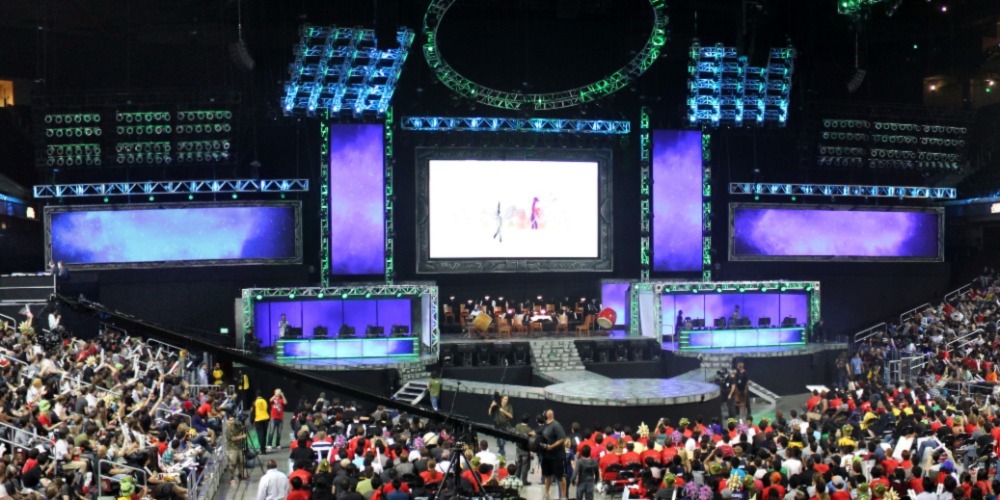 We have dedicated this article to summarizing the League of Legends World Championship and its events. Therefore, this is our LoL World Championship recap. However, we are not going to detail every single match-up one by one. Therefore, we are going to tell you what happened in the quarterfinals. Furthermore, we will summarize the regionals and of course, we will conclude. If you missed this one, do not worry. Because there is always at least one event available at the online gambling sites in the US.

Because now that the Worlds have ended, the next season will begin soon. The teams have already started to participate in both regionals and internationals. Because they need to collect points to be able to participate in the next tournaments. Furthermore, they do this sport professionally. Make sure to bet on upcoming events.

Since this is an LoL World Championship recap, we should mention that the event is over. However, you can find a plethora of different eSport events by registering at Bovada. If you are new to eSport betting, then let us explain the essence of the article for you. Just like in every other sport, the events are always connected. First, you have the regionals, then the internationals. Based on the performance of the teams at these events, they may receive invites to the invitationals.

However, some other teams can fill in the bracket by buying in with enough points. Therefore, these events will all end up concluding at the World Championship. This event has just finished, closing the 2022 season. If you are new, we recommend you to read our Beginner’s Guide For League Betting.

Let’s start with one of the easiest matches from the Quarter Finals. Therefore, we are going to kick off the LoL World Championship recap chronologically. The first match was the JD and T1 match. For starters, what you have to know about T1 is that they were the three-times World Champions. However, JD has never reached the Champion title yet. At the same time, they had the most matching statistics before the quarter-finals.

Both of these teams, but especially T1 has been making the most iconic LoL moments throughout the whole series. However, in this match, JD was defeated by T1. T1 swept the floor with them, scoring a 3-0.

This match marks one of the most surprising results in the last ten years. Because when the World Championship started, everyone was rooting for Gen.G or T1. Therefore, everyone, including us, has imagined that Gen. G and T1 will sweep everyone with no effort. However, the World was proven wrong. Even if the teams did not underestimate each other, DRX managed to shock everyone. People have assumed that they are the weakest team in their region.

This is why it felt strange when they defeated Gen.G Esports 3-1. This is an incredible amount of performance. According to Inven Global, Gen.G is working towards a better performance next year. Because they did disappoint a large majority of their fan base. This match consisted of Peanut flashing 3 times for no reason. Marking the most pathetic moments in our LoL World Championship Recap.

Now that you know the two teams in the finals. It’s time we review what happened during the last four matches. According to Reddit, the key winning factor for DRX was their mental. Because even after getting swept in the first match, they did not give up. They had their baron stolen. Everyone believed that T1 had this in the bag. However, DRX did not give up, even if they were dominated by the opponent team.

And since T1 has used up all of their momentums to smash them into the ground. DRX had an easier time answering the rest of their attempts. This is how DRX overcame the fight. Do you think this LoL World Championship recap sounds a little dramatic? No wonder why. Because this is a true comeback story. The one you only see in movies.

The LoL World Championship recap is not over. Because we also have to talk about the lesser teams who fell out quickly. Therefore, it’s time to discuss every other region.

North America: Like it or not, this year NA has been performing terribly. We are not writing this out of fanaticism towards the EU. North America had the greatest teams in history. However, at some point, they placed too much emphasis on their brand and too little on their skill. This is why NA is the worst region at the moment.

EU: FNATIC and G2 Esports have defeated world-champion teams. However, they are failing due to the drama in their teams. When it comes to mentality, they are where NA was 4 years ago in their prime. The EU needs to walk a different path, avoiding drama and arguments. Both FNATIC and G2 had huge management dramas.

What Did We Learn?

Let’s conclude the LoL World Championship recap. According to One eSports, the World Championship was a collection of risky decisions. Picking bard and Hecarim were way out of the meta. However, it did work for the teams. What we learned is to not underestimate any team. Because people have debated the winner between everyone but DRX. They even tossed in FNATIC or G2 Esports to win this year. However, the actual fan base of DRX has been very little.

However, this year we have new stars, which fit the whole theme song of the event. This is why we learned an important lesson. For Sportsbook bettors, sometimes you have to pick the risky option. The teams have risked their victory by picking bard. Therefore, we should have risked our dollars on their victory. Keep this mentality up in the 2023 season. Register at Bovada to bet on the next event.

But what is the next event? To mark the end of our LoL World Championship recap, let’s talk about the upcoming events. In the 2022 LoL World Championship player picks, we have assumed that the EU has a chance to perform better than it did before. And we weren’t that wrong about that. However, Korea is still the dominant region. We recommend you not keep your attachment to DRX this year.

Because Gen.G and T1 will perform their best next year. Therefore, we predict that in the next World Championship, we will have the same 3 teams. However, the results might be different. Or will history repeat itself? It will all get revealed in the upcoming Regionals.

Click here to try the best odds at Bovada Sportsbook