Lyoto Machida vs Ryan Bader Preview: Who Will Get The Victory?

News >Lyoto Machida vs Ryan Bader Preview: Who Will Get The Victory? 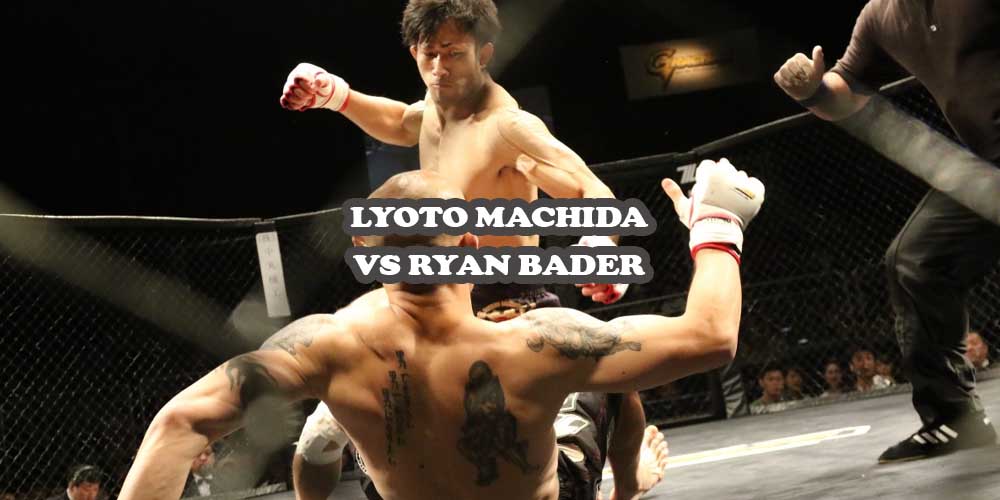 Lyoto Machida: a successful fighter in MMA and karateka  with 26 wins

Lyoto Machida is a Brazilian professional mixed martial artist and karateka who was champion UFC Light Heavyweight Champion, as well as a UFC Middleweight Championship title challenger. He started his fighting career in very early years and when was just 13 years old got a black belt. He also experienced sumo, Brazilian jiu-jitsu, and boxing. During these early years, he won a number of amateur karate tournaments and traveled to Thailand to study Muay Thai, to Japan to study grappling at the NJPW Dojo, and finally to the United States to pursue his UFC career. Visit online sportsbooks in the US, support your fighter and our successful betting.

His achievements successfully continued in later years. He was the runner-up in the 2000 Brazilian Sumo Championships, Brazilian Champion twice, and second in the South American Championship. If you are a fan of martial arts this article could be interesting for you: Mixed Martial Arts for Beginners (part 1).

Successful fighter’s various training background gave him to combine different techniques of Shotokan karate, Brazilian jiu-jitsu, wrestling, and sumo. According to the fighter, this provides him to be prepared for any situation. There is also an interesting fact about his fighting style. According to MMAWeekly, Machida got criticism from MMA commentators for his style with his limited aggression and many decision victories. Because 13 of 26 wins he got by decision. However, he continued with the same fighting style and belief believes fans are coming to appreciate the efficiency of his style just like they came to appreciate Royce Gracie’s jiu-jitsu. Do you like Machida’s fighting style? What is your guess on Lyoto Machida vs Ryan Bader preview? Visit 1xBET Sportsbook and get aware of exciting bets.

Lyoto Machida vs Ryan Bader preview: new or result in 2012?

Who is Lyoto Machida’s opponent in the next fight at the Mohegan Sun Arena? Who is Ryan Bader with the Darth Bader nickname? Ryan Bader, an American mixed martial artist who holds belts in two divisions simultaneously in Bellator history. He also started his fighting career at a very early age and came to mixed martial arts from amateur wrestling. Which fighter will be the winner of the bout? Express your opinion on Lyoto Machida vs Ryan Bader preview by visiting online bingo news in the US.

So, his UFC career began from season 8 of The Ultimate Fighter in which he won his first three fights on the show to fight with Vinicius Magalhães, 2008. With his victory, he earned the Ultimate Fighter title and won the traditional Six-figure UFC contract.

According to the mixed martial arts record of Lyoto, since 2007 he has participated in 34 matches and just lost 6 of them. Until 2010, he fought in 12 matches and won all of them. As seems, 2011 was unsuccessful for him because the same year was the first time he was defeated by Jon Jones and Tito Ortiz. His other three losses were with Lyoto Machida, Glover Teixeira, Anthony Johnson. The fighter’s last match was in Bellator 244 with Vadim Nemkov which ended the defeat of Lyoto. However, the other 27 matches with various fighters ended with his victory.

Actually, before this fight, two fighters faced in 2012 in UFC on Fox: Shogun vs. Vera martial event and Lyoto Machida was the winner of that match. What do you think of the Lyoto Machida vs Ryan Bader preview? Will the result be repeated, or Ryan Bader will change the previous result?  Visit  1xBET Sportsbook and support your fighter.

Click here to take a look at the 1xBET Sportsbook