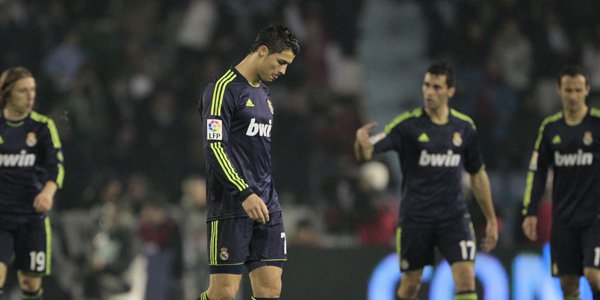 Spanish daily newspaper AS has made a public enquiry and the majority answered that the players are to be blamed for the bad results.

According to Spanish gambling news, Real Madrid’s weak performance in recent times is due to the players’ disappointing performances. 15.000 people have completed the survey and 56% of those believe that the main reason for the bad form can be attributed to the players of the Royal Club.

Around 17% of the voters, more than 2.700 people, have expressed their opinion that Florentino Perez, the President of Galacticos, is culpable for the latest results of the club. Another 4.700 have voted for club manager Carlo Ancelotti as the prime cause for not being able to win 3 games in a row (Villarreal, Bilbao, Schalke).

The voters blame the Italian manager because he gives too little time for the substitutes while too many players have a secure place in the starting line-up which destroys the motivation and the competition within the Galacticos. Carlo Ancelotti himself stated that his attacking trio, Bale, Benzema and Cristiano play on an unacceptable level. Despite their lacklustre performances, he still declares that they will play whenever they are available.

Golden Ball holder Cristiano Ronaldo seems to be back on track, scoring 2 goals against Schalke in the Champions League, but his teammate Bale has been dreadful for some time now. Online gambling sites in Spain report that he hasn’t scored a single goal in his last 9 matches and assisted only once which is not what Galacticos were expecting when they signed the Welshman for EUR 91 million.