To Sub, or not to Sub? A Story of Managers Without Authority and the Most Unprofessional Footballers

News >To Sub, or not to Sub? A Story of Managers Without Authority and the Most Unprofessional Footballers 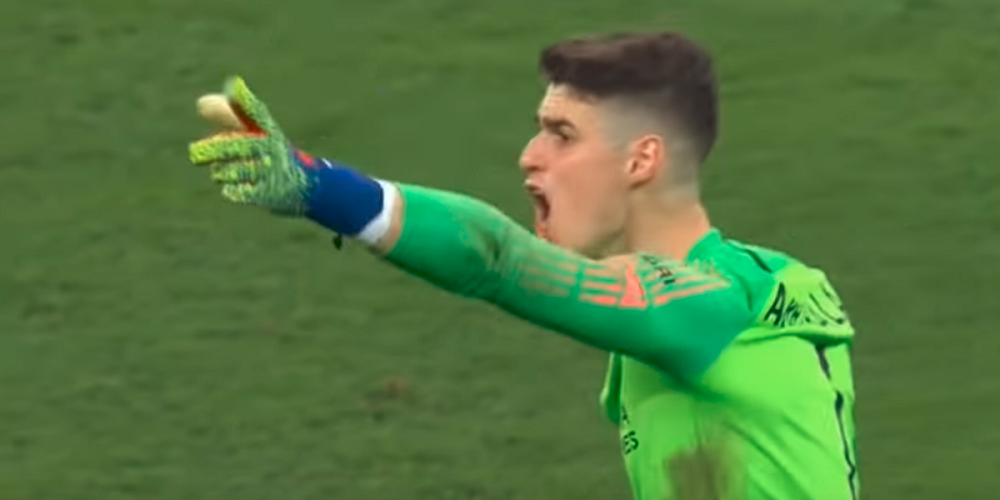 When a manager without authority has one of the most unprofessional footballers in the world, that sounds like a horrible combo.

However, it’s not just an imagination, it’s the reality. You know what I mean if you’ve read online sportsbook news sites in the UK today or yesterday. Kepa and Sarri if all over the news and not without merit. However, GamingZion is here to present other cases where the most unprofessional players were trained by managers without authority and respect. Here is what happens then.

3. A manager without authority versus one of the most unprofessional footballers in the Carabao Cup Final

As I was hinting before, on the Carabao Cup final, Maurizio Sarri wanted to sub Kepa Arrizabalaga off for Caballero. He wanted to make this move happen because Caballero is a penalty killer and the game was going to end in a penalty shootout. Chelsea’s manager without authority went as long as to the 4th referee, saying the keeper is coming off. Caballero was ready to come in, the ref already showed the substitution to happen, but the Spanish youngster refused to come off the field. We’ll see what it means for his career at Chelsea. If Sarri wanted to teach Kepa a lesson, he should exile him onto the tribune for a few weeks.

With his performance from the cup final, Kepa quickly became one of the most unprofessional footballers in the world. However, his team’s odds are still pretty good. For example, 2019 Europa League predictions expect Chelsea to win the trophy. However, you might believe that Kepa’s acts affected the team’s overall state negatively. In this case, you can go to Bet365 Sportsbook and bet on Chelsea to be out of the Top 4.

2. For Kalinic, it’s derogating to represent your nation for only 2 minutes at the World Cup

Last year, online sportsbook sites in the UK did not expect Croatia to make it to the World Cup final. Especially after the shocking decision the head coach Zlatko Dalic sent home one of his players in the middle of the tournament. Dalic wanted to sub him on at the end of the first match of Croatia, but the striker refused. The Croatian head coach sent him home and the rest is history. That decision proved he was not a manager without authority and he definitely does not lack respect.

Dalic took Croatia to the World Cup final upon eliminating Denmark, Russia and England, only to lost the final to France. Kalinic has not been called for international duty ever since the World Cup. Which is reasonable – why would a successful manager want to work with one of the most unprofessional footballers ever?

Premier League goalkeepers is a weird species. Lukasz Fabianski’s case is pretty similar to that of Kepa. In the season 2016/17, the Polish goalie was playing for Swansea. In the April of 2017, they hosted Tottenham Hotspur. Swansea were surprisingly beating Spurs by 1-0. However, in the 86th minute, Fabianski got injured. So the manager decided to substitute him.

Unfortunately for Swansea fans, this was the case when a manager without authority met one of the most unprofessional players. The referee signaled for Fabianski to come off, but he said no. The ref canceled the substitution and Fabianski got to play the last 4 minutes of regular time, as well as the 7 minutes of added time. These 11 minutes were enough for Karma to strike unprofessionalism. Fabianski conceded 3 goals and lost a match, possibly because he was unwilling to leave the pitch. Well done, boys!