How Many from Croatia’s 2018 Runners-Up Squad Could Retire by the Next World Cup?

News >How Many from Croatia’s 2018 Runners-Up Squad Could Retire by the Next World Cup?

Some big name Croatian players have decided to hang up their boots with the national team after their heroic second-place finish at the 2018 World Cup, so will other stars from that squad follow suit in the near future? 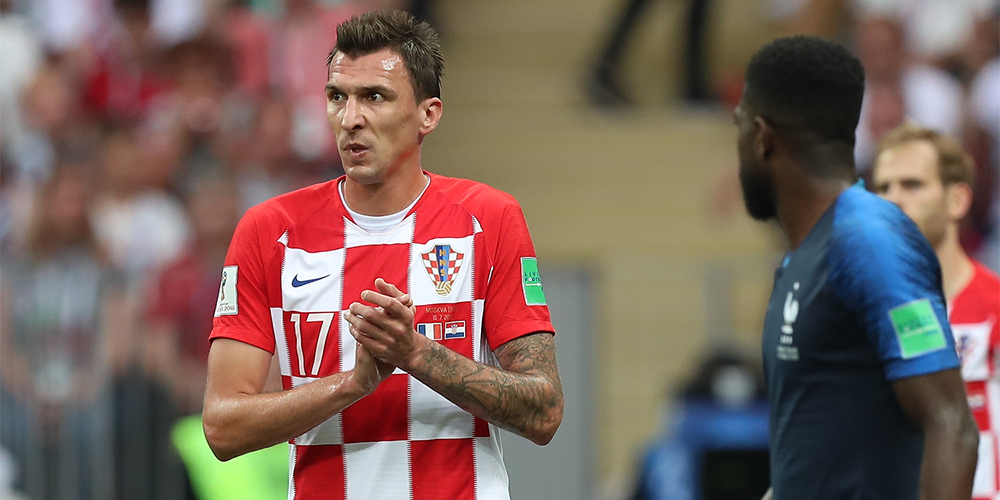 Time to say goodbye after reaching the pinnacle

Last week, striker Mario Mandzukic (32 years old) announced his retirement from international football after making 89 appearances and scoring 33 goals in the process (thus becoming the second all-time leading goalscorer for the Croatian national team, only behind the legend Davor Suker – current president of the Croatian FA – who has 45 to his name).

During the 2018 tournament, Mandzukic – or Mandzo as he’s affectionately referred to – scored 3 goals as Croatia claimed the silver medal. Despite being slow on the ball at times (as he’s the kind of striker that just prefers to tap in balls), he’ll go down as one of Croatia’s best forwards.

Goalkeeper Danijel Subasic (33 years old) soon afterwards followed suit by saying goodbye to the national team as well. Despite making his debut in 2009, the keeper wasn’t always the preferred choice between the posts with him appearing sparingly; it wasn’t until 2014 that he finally broke through and started to play far more regularly for the national side. In total, Subasic has 44 caps, but 39 of those appearances came in the last 4 years.

A few weeks before online sportsbook news reported about Mandzo’s and Subasic’s departure from the squad, vice-captain Vedran Corluka (32 years old) announced his retirement after 12 years of service with “the Fiery Ones” (“Vatreni” in Croatian). Corluka – also known as Charlie – didn’t feature much during the 2018 World Cup, as he has been struggling with fitness issues caused by being on the sidelines over the past 12 months due to injuries. Nonetheless, he made four appearance against at the World Cup, thus directly playing his part in helping Croatia reach the final.

What will the squad look like without their biggest stars?

Croatia has a number of yet untested talents that have the potential to become world-class players in the years to come.

Now the question is how many more players that have reached their peak (or are even past it) will retire in the imminent future? Some sections of the Croatian support (including myself) are mostly worried with captain Luka Modric’s potential retirement from Vatreni. The Real Madrid midfield maestro was absolutely outstanding during the 2018 World Cup – during which he bagged 2 goals, including one long-range strike against Argentina – which is why he deservedly won the Golden Ball award.

Modric will turn 33 years of age in September, so by the time the next World Cup in 2022 Qatar comes around he will have been 36 at the time of the tournament, per online sportsbooks in Croatia. He does seem to take care of himself pretty well (as he’s still playing at the top level for Real Madrid), but it’s really questionable if he’ll be around with the Fiery Ones four years from now.

But the good news is that Croatia has a number of yet untested talents that have the potential to become world-class players in the years to come. With the retirement of some of the aforementioned stars from the 2018 World Cup, it will give others the chance to break through in the squad and play their football on a regular basis. In time for the next World Cup, Croatia could have a good blend of young and experienced players, thus possibly forming an effective line-up.

Ante Rebic, Marko Pjaca, Marko Rog, Mateo Kovacic, Duje Caleta-Car, Tin Jedvaj and others all have the potential to grow into world-class stars (some of those names already are, but could still before better) in time for the next World Cup in 2022 Qatar.