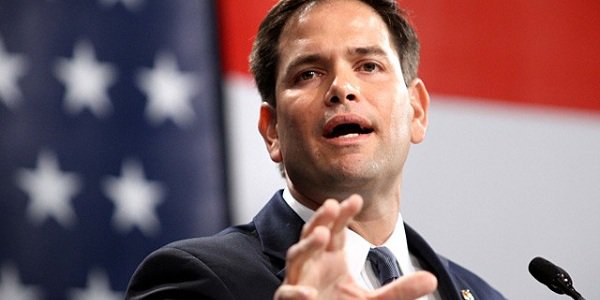 Rubio, who is a Florida Senator and a Republican presidential candidate, is co-sponsor of a bill that wishes to ban legalized online gambling. However, his stance on US gambling laws is shaken by the fact that he supports internet poker, a position confirmed by his communications director. Rubio was quoted as saying: “On the issue of internet poker, the only difference between the poker games and others is that it involves an element of skill associated with and compared with just a slot machine online. So that’s the one area that distinguishes it a little bit.”

Rubio’s opinion is not shared by the bill’s other primary backers. Las Vegas Sands Senior VP of Government Relations Andy Abboud said that there “may be some varying opinions from the co-sponsors,” while his boss, Las Vegas Sands Chairman and CEO Sheldon Adelson is completely against it, having put a lot of money into a campaign against online gambling.

Adelson argues that internet betting in the US is destroying both society and the casino industry, and wishes to have it completely banned. He supports the Graham Bill, a bill that wishes to restore the Federal Wire Act, which prohibited internet gaming until 2011. There are similar bills currently being introduced for hearing in other states that are backed by other politicians and businessmen.

Marco Rubio supports online gambling ban because he believes it’s becoming a free-for-all, explaining: “I’m concerned about particularly (Internet gaming’s) rapid expansion in an unregulated way…These are going to be ongoing issues in the 21st century. The internet and connectivity have created both new opportunities and new challenges.”

On the issue of daily fantasy sports (DFS), an activity which has been making big US gambling news, Rubio believes that there is a skill element involved like there is in online poker. Like poker, he believes that in DFS “you are still dealt a hand in terms of how players perform or injuries or things that are unanticipated.”