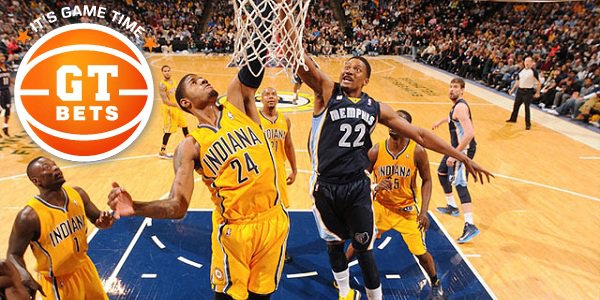 Indiana Pacers and Memphis Grizzlies both hope to correct their faults committed in the first round. Bet on NBA games for great odds at GTbets Sportsbook!

The first round of the NBA is over and now the teams are preparing for the next one, which is expected to bring at least as exciting encounters as the previous matchday. Indiana Pacers are facing the Memphis Grizzlies where the home team will be regarded as underdogs according to internet betting sites, such as GTbets. However, those who bet on NBA games can expect to see a thrilling spectacle so make sure to check out the offers of the best US sports betting sites!

Both Indiana Pacers and Memphis Grizzlies have lost their first games this season. As a little bit of a fun fact, both teams conceded 106 points from their respective opponents. However, while the Pacers manager to reply by scoring 99 points, the Grizzlies only have 76 points by their name. Yet the Memphis Grizzlies are coming for the encounter as tight favourites for the clash as the odds for their victory with a handicap of 2,5 points if rated at 1.10 (1/10).

Expect tons of points for the Pacers v Grizzlies encounter

In addition, the two teams have proved in the first round that defending is not their strongest points. As both teams conceded 106 points in their first games, online sportsbooks in the US predict that the match which will not lack great attacking game and they expect many points to be scored. Grizzlies had a total of 182 points during their previous game, while 205 points were scored at the Pacers game.