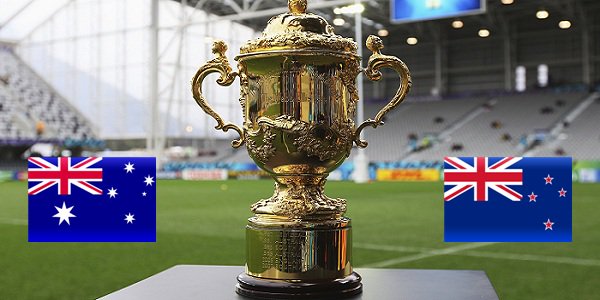 Australia and New Zealand are facing off this weekend in the RWC 2015 final match. In anticipation of the event, take a look at our rugby final flashback of both teams’ previous RWC finals.

Fans of rugby and internet betting in New Zealand and Australia are waiting in anticipation for the October 30-31 RWC 2015 final, which is now mere days away. In preparation of the big event, GamingZion has compiled a rugby final flashback of both teams’ previous stints in the RWC final, so that fans and those who like to bet on RWC can see how their favourite teams did historically.

To keep things up to date, however, at the bottom of the article we’ve provided some odds for this weekend’s final game courtesy of the Bet365 Sportsbook!

New Zealand took the first title back at home against France

The 1987 RWC final was a historic match on all accounts, as it was the first Rugby World Cup to ever be played and marked the start of the longtime rivalry between New Zealand and France. The All Blacks were pitted against Les Bleus in Auckland, New Zealand, and beat them 29-9, leading in both halves. Even then, New Zealand proved themselves to be a relentless, powerful team with a talent for stunningly accurate goalkicking.

The 1991 RWC final that saw Australia face off England in London had England doomed from the start, due the team’s sudden change in gameplay. England’s decision to change their play to a more expansive and open game ultimately backfired in its face, as they failed to master it in time and didn’t unsettle confident Australia with their new style. Despite the unique situation in this rugby final flashback, many who bet on sports in Australia assert that the better team won that day: Australia ended up taking home the Webb-Ellis Cup after winning 12-6.

Why are the French always on the wrong end of an ANZAC stick?

The 1999 RWC in Cardiff saw Australia win their second Rugby World Cup after beating France. France took an early lead in the first half but was quickly dominated by Australia’s continuous kicking for territory and position. While there were a few times when France seemed to be catching up, the Wallabies’ series of attacks and impressive penalty kicks ended up ultimately finishing off Les Bleus and they won 35-12.

While the All Blacks are the favourite to win this year’s RWC final, who’s to say that Australia couldn’t pull off another impressive win like their one in 1999? Bet365 has odds on them winning at 3.50 (5/2).

Last time the French made it very close, but couldn’t hold the All Blacks in the end

This rugby final flashback is the most poignant on this list for fans of online gambling sites in New Zealand, given that it gave the All Blacks the title they’re fighting to defend at this year’s RWC final! It was a tight match for New Zealand in 2011, beating France at a mere 8-7. France proved to have a great defense line, which kept the match even for most of the game, but they were ultimately beat by New Zealand’s running game and superb penalty kicks.