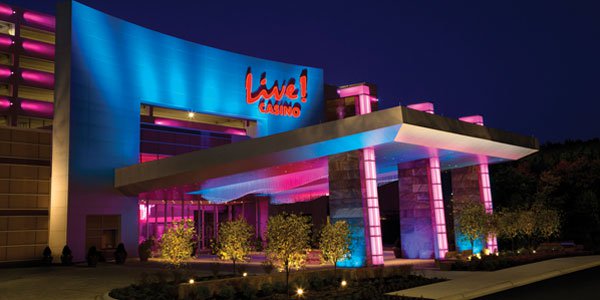 The usage of fake chips in casinos around the world is a serious problem, which the authorities are trying hard to overcome.

A lot of these cases happen in America and a recent example comes from Christian Lusardi, who was using fake chips during the Winter Poker Open’s “Big Stack, No Limit Hold ‘Em” event at the Borgata Hotel Casino and Spa in Atlantic City. Luckily, the police arrested him after it figured out his scheme, when he was trying to flush $2.7 Million worth fake chips down the toilet.

Going back to the case of the Rosa A. Nguyen and her husband Vuong Q. Truong, from Annandale, Virginia, the Maryland State Police figured out their scheme and pressed charges, after finding out the specifics around the fake chips.

• The wife purchased $150,000 worth of fake casino chips on the internet

• Maryland Live! Casino praises both the police and its employees

The version of the police is that Rosa purchased $150,000 worth of fake casino chips, which have been purposefully changed, so that they look like the Maryland Live! casino chips. She did it on the Internet paying $12,000, and breaking multiple laws including US gambling laws.

The Police issued search warrants with the support of the Virginia State Police and Homeland Security Investigations. It was one month after fake chips were used on two occasions, by four different people and these cases were reported to the police by the casino.

The investigators managed to find out that a lot of the chips were thrown away at Lake Accotink in Springfield, Virginia, not very far away from the couple’s home. About $115,000 worth chips were able to be recovered.

The statement of the police was: “Fortunately for police, the chips floated.”

Hard times for the fraud planners

Nguyen and her husband, Vuong Truong, made it into the gambling news when they were charged with multiple accusations. The first one was theft between $1,000 and $10,000 and conspiracy to commit theft between $1,000 and $10,000. Truong was also charged with four counts of committing a theft scheme and conspiracy to commit theft.

The couple was charged through a criminal summons, which requires their presence in court. No attorney, working on their defense was listed in the court record and they haven’t made any comments so far.

The police announced that there is another couple, also from Northern Virginia, who are being sought in a different case of fake chip use at casino. The police commented that they obtained $1 chips from a casino in West Virginia and transformed them to look like the $100 chips from Maryland Live! casino.

The opinion of the casino

Robert J Norton, president and general manager of Maryland Live! casino, commented: “We are working closely with state police and will not be commenting on the specific details of the case, except to praise our internal security and surveillance and the police for their swift action.”

He continued: “Our team’s ability to immediately recognize the situation allowed us to provide time-sensitive information to investigators that led to the speedy apprehension of the suspects without any financial impact to our operation.”

Norton added: “This result clearly demonstrates that the systems and training deployed at Maryland Live Casino are highly effective and should serve as a deterrent to criminal behavior.”