McGregor vs Poirier Trilogy Predictions – This is Exciting!

News >McGregor vs Poirier Trilogy Predictions – This is Exciting! 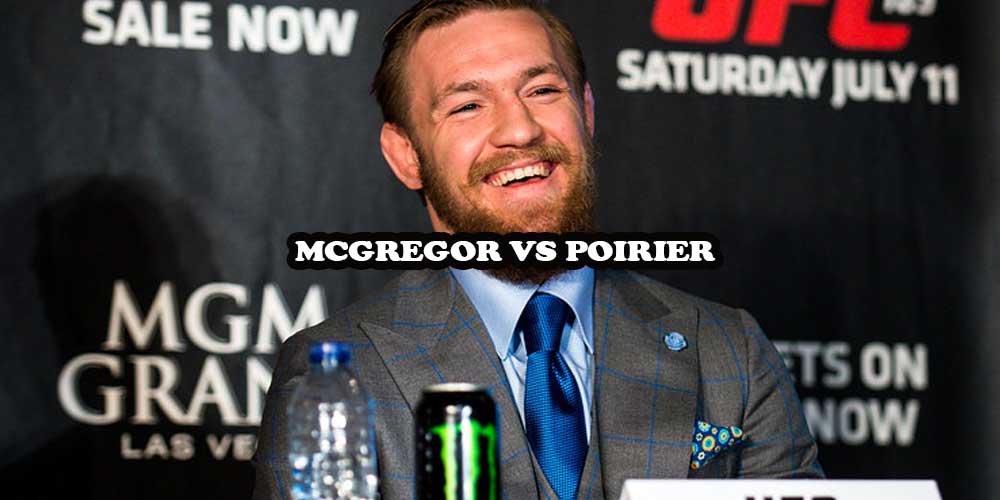 McGregor vs Poirier trilogy predictions and odds favor the former double champion again! In addition to his unique skill-set, Conor brings in a lot of star power and hype behind him. As a result, a lot of fans are underestimating Dustin Poirier to win the trilogy. This fight is closer than what the majority thinks, and it will not be a surprise if the Diamond wins again. What will happen when two of the best lightweights clash for the third time?

Conor McGregor and Dustin Poirier have already shared the octagon twice in the UFC, and they each have a win over the other. The first meeting took place in 2014 at UFC 178 as a featherweight bout. The Irish fighter dismantled Poirier within 2 minutes of the very first round. In the second meeting at UFC 257 in 2021, Conor also was the favorite to win again. However, Poirier managed to stop McGregor with leg kicks and finished him in the second round with a KO victory. Since the scores are now tied, the UFC is working on a trilogy fight to happen sometime this year. This will be one of the biggest bouts in the lightweight division in 2021. So what are the McGregor vs Poirier trilogy predictions? And who do you think will be the better fighter when all the dust settles?

McGregor vs Poirier Trilogy Predictions – The Irishman is the Favorite Again!

McGregor is one of the best strikers to ever step a foot inside the octagon. On his resume, the Irishman has a total of 19 T(KO) victories including one over Poirier. As a result, he opened up as a favorite in his previous two bouts against the Diamond. However, Poirier has matured so much over the years and showed this experience in his last outing. Surprisingly, online sportsbook sites in the United States favor the Irish fighter in their McGregor vs Poirier trilogy predictions. For instance, at 22BET Sportsbook, betting odds for Conor to win are 1.72, while the odds for Poirier to pull a second consecutive win are 2.075. This is a close fight, and it will be interesting to see their strategies in the trilogy. Who are you going to bet on to win?