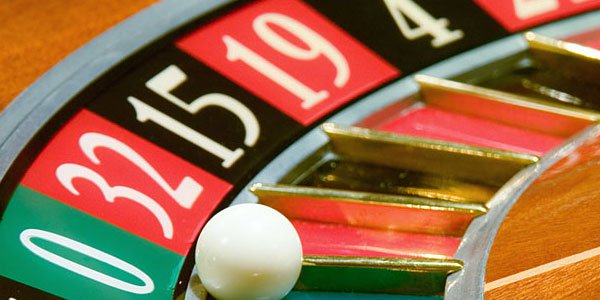 Everyone has their say concerning NY state board’s decision to give out 3 instead of 4 casino licenses in upstate New York.

In light of the rise in the land and online gambling sites in the US market, the state board had decided just a week ago to give three licenses to build a $300 million casino in Schenectady, north of Albany; a $450 million resort in the Finger Lakes town of Tyre and in the Catskills-Mid-Hudson area, a $750 million project near Monticello, instead of the projected four.

Politicians approved of the casinos, churning on about the state setting to get a total of $151 million in one-time licensing fees from the developers of the casinos that have been approved. Also an estimated $250 million in yearly tax revenues, once the casinos are set into motion is anxiously being awaited.

Governor Cuomo once said that resorts would generate an estimated $1 billion in economic activity and create as many as 10,000 jobs but some elected officials and residents in the Southern Tier, nevertheless, were upset that no casino was forthcoming in the scantily populated region near the Pennsylvania border, where there is high unemployment.

Mr. Cuomo who just nine days before said said he doubted that such a project would benefit that area tried to right that wrong by sending a letter to the State Gaming Commission requesting that it reopen bidding for a fourth license, in the Southern Tier region.

Gambling analyst, Chad Beynon, poignantly pointed out that land-based and mobile casinos can generate progressive income. However, gambling cannot be counted on to be the sole provider of the badly needed revenues or to give employment to everyone, as was once the case, long ago.

Mr. Beynon, along with other analysts, voiced the opinion that the state board made a mistake by not granting licenses for developers to build in Southern Orange County. They feel that a casino would have been welcomed in the area and would probably have generated triple the revenue expected in the Catskills, or any other zone in the state.

Analyst at Fitch Ratings, Alex Bumazhny, reiterated the analysts’ opinion that a casino in Orange County would have been prosperous with its relative small distance from the most envied gaming industry of 8.4 million residents and 52 million annual tourists. Bumazhny also pointed out that “Casinos in the Catskills and elsewhere will have a greater challenge because the Northeast is pretty saturated.”

Indeed all of the proposals for Orange County, which the board recognized “could generate substantial revenues as a result of the proximity to New York City,” were refused, leaving 30 million dollar bidders red with rage. The board explained the reason for this rejection. It foresaw an Orange County casino attracting gamblers away from the existing slot parlors in Yonkers and Monticello.

Gambling consultant, Steven Norton, defended the developers’ fury by saying that “New York should have come out early saying, we may not do anything in Orange County; it’s a long shot. You’ve got six guys there who spent millions on their bids with the expectation that they’d be considered.”

Despite this raging debate, developer David Cordish, was quick to point out that ‘no national or even regional gambling company had shown any interest in the area the first time around. Chairman of the Gaming Facility Location Board, Kevin Law, added that “It really wasn’t a choice between Lago and the other two in the Southern Tier, it was more of a choice between Lago and nothing in the region.”

Developers, ever-the optimists, say that the planned resorts — one in the Catskills, another near Albany and a third in the Finger Lakes region will employ a total of 3,600 people to work in the gambling halls with hotels, spas, entertainment halls, golf courses and other facilities as well as benefit nearby communities.

Mr. Cuomo was praised by hundreds of Catskills officials and construction workers when he went into the Bethel Woods Center for the Arts, near Monticello on Dec. 18, following the approval to build a long-awaited casino resort on 1,700 nearby acres.

And so while some or sad and others happy, in the political and economic arena, over the state board’s decision, other states, however, may benefit from Orange County’s disappointment. New Jersey legislators are thinking that they could allow for a few casinos, under US gambling laws, to be built within a few miles of Manhattan, in the Meadowlands, Jersey City or Newark.

Although a casino located in one of these four could divert potential gamblers from the Catskills casino, people are simply looking for a convenient place to gamble, pointed out Steven Norton, a gambling consultant who has run casinos in Atlantic City and Las Vegas.

Still farther north and west, the locally elected statesmen are elated of having the planned $425 million Lago resort and casino in Tyre. However, there is an ongoing debate in Tyre that the state board overlooked. The Tyre project will increase rivalry with the Oneidas who own Turning Stone casino, as well as the Senecas, who also own casinos in the area.

The stark truth is that the gaming industry is on the decline. Gambling revenues in Atlantic City and Connecticut have been plummeting lower and lower for the past five years even as gamblers invade Pennsylvania, Maryland and New York.

Economists say that although casinos are good to go, generating jobs and tax revenues, it may not bring forth the economic jumpstart that the region so badly needs. For, apart from the stalwart casinos already in the region, there are also five tribal casinos. Not to mention the electronic slot machine parlors available at nine racetracks.