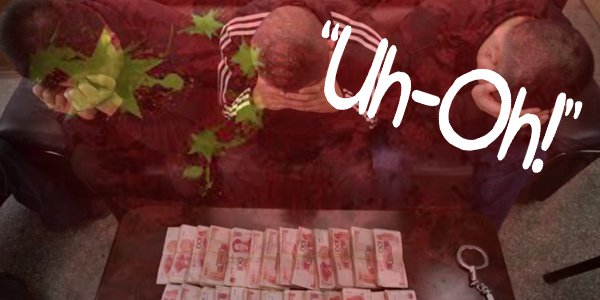 Multinational online gambling syndicate which was nabbed under recent gambling crackdown in China will no longer see daylight as mastermind, Xu, falls into police detention.

Online gambling news in China reported that the police have successfully cracked a USD 78 billion multinational online gambling syndicate operating across Asia in the recent crackdown operation codenamed Operation 109. The multinational syndicate believed to have divisions overseeing more than 500 websites has a database of a million registered members within the country alone.

Armed with a complex structure, the main server was based in Taiwan while different teams of customer service staff were located in Hong Kong, Thailand and the Philippines respectively. Some 84 people affiliated with the syndicate were arrested during the gambling crackdown in China in July while its mastermind, known only as Xu, was arrested later in September.

The online casinos operating under the syndicate has dealings bigger than China’s biggest and legal casinos operators, Sand China’s four casinos in Macau and SJM Holdings.

Authorities Not Going Easy On Gambling Crackdown in China

Since 2014, the Chinese government has gone all out on a nationwide corruption crackdown which has led to a tremendous impact on the illegal online gambling industry in China. However, this gambling crackdown in China also brought upon a negative impact Macau, a semi autonomous territory, in which gambling is legal as the authorities continue to pinpoint junket operators in its land-based casinos.

According to Chinese gambling laws, only Welfare Lottery and Sports Lottery are considered legal gambling in China apart from gambling in land-based casinos in Macau. Any other forms of gambling, including internet gambling in China is illegal and violators will be faced with severe penalties upon arrest.