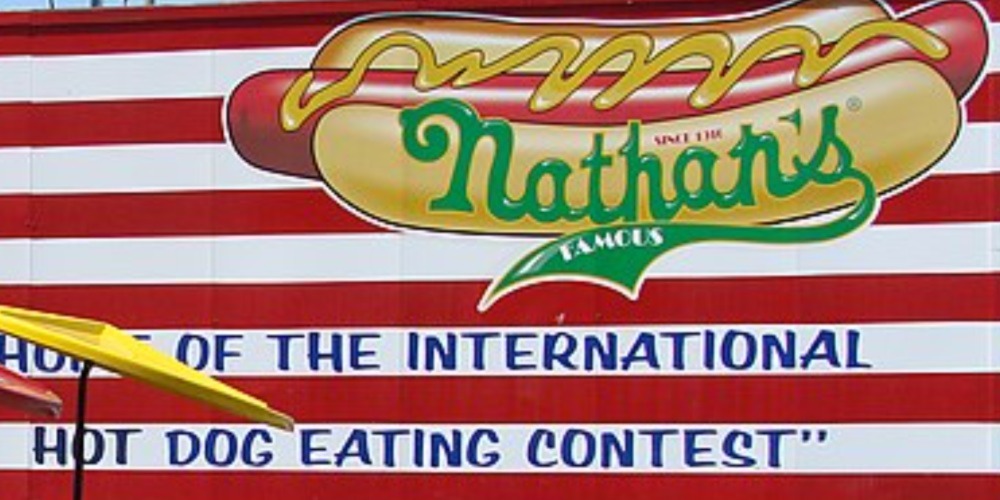 An eating competition might seem simple, sometimes even barbaric, but the participants have to follow some rules like in any other contest! It’s not like they sit at a large table and eat as quickly as possible, then it’s over. The International Federation of Competitive Eating (IFOCE) was founded in 1997 to bring together all the small eating competitions.

The association is responsible for the rules of eating competitions, for example, how many pieces of a particular food can be consumed in a given time. So, they also give us hints about Nathan’s hot dog eating contest 2022 odds, which we will check out below!

Regulations state that participants in the competitions may only be over 18 years. The judges measure the food by weight or the number of pieces. At the end of the given time, which is ten minutes in the case of Nathan’s hot dog eating contest, the contestants can still chew and swallow the bite in their mouths. To ease the food down and avoid choking, competitors can also drink.

In the case of hot dog eating competitions, the participants can eat the sausages and buns separately or together. They do not allow vomiting! Eating competitions that push the limits of human endurance can easily upset a person’s stomach, so it is clearly stated in the IFOCE rules that a competitor will be automatically disqualified as soon as the puke touches a plate or table.

The 14-time champion Joey Chestnut broke his own hot dog eating record last year when he ate 76 pieces at the Coney Island amusement park in 2021. They organize the event every year on the 4th of July celebration. The 38-year-old Californian hot dog eating champion consumed 22,000 calories in 10 minutes. The guy, nicknamed Jaws, ate 12 hot dogs in the first minute and beat the runner-up with 27 hot dogs.

Geoffrey Esper became the second with 50 pieces, while the third, Nick Wehry, could eat 44. In the women’s category, the 37-year-old teacher Michelle Lesco won with 30 hot dogs. She couldn’t even come close to the record holder Miki Sudo, who ate 48,5 pieces in 2020. You can check out Nathan’s hot dog eating contest 2022 odds at online sportsbook sites in the US! Every contestant has their own training method. It also shows that this is not about a light snack.

Before an eating competition, it is worth preparing the jaws, gullet, and stomach specifically for that type of food. Joey Chestnut, the king of hot dogs, uses milk as a chaser because it also dilates his stomach. The physical and mental preparation of the hot dog eater world champion is completed by starving himself for days before Nathan’s hot dog eating contest so that he can more easily stuff himself with the endless amount of food.

How To Bet on a Hot Dog eating contest

Last year Nathan’s hot dog eating contest was organized in front of an audience, with thousands of enthusiastic fans encouraging the participants. The winners got $ 10,000 and the Mustard Belt. The competition dates back to a 1972 marketing campaign, and Nathan’s Fames, a fast-food restaurant founded in 1916, manages it. Based on this information, you will be able to place winning bets. Also, you can compare last year’s competition odds at Joey Chestnut eating contest 2021!

Among other things, you can predict whether Joey Chestnut will beat his personal record of 76 hot dogs or not. You can even guess if ESPN live TV viewers will reach 2 million this year or not. Not surprisingly, most bets are around Joey Chestnut and Michelle Lesco. Of course, it is more likely that Chestnut will succeed, so you won’t make a mistake putting money on him. However, it doesn’t pay as well as if you make a sure bet and a riskier wager, which you can do at 22Bet! We also advise you to follow the competitors’ social media accounts to get inside information, it may help you win!

Chestnut is 185 centimeters tall, 99 kg, and works hard to keep his weight level. When he’s not preparing for a race, Chestnut is constantly watching his calorie intake, but in addition to conscious nourishment, he works out and does cardio. He is right to do so because doctors also confirm that the eating competitions are far from safe. Sudden ingestion of large amounts of food can cause serious illness.

As you can see, it is not a sport that requires just sitting and eating. It is as fun as unpleasant. While it is not the healthiest choice, you can be smart about it. A psychotherapist did research on hot dog eating. He used the results of Nathan’s hot dog eating contest champions and examined the flexibility and endurance of the stomach. The doctor noticed some incredible facts!

He calculated the maximum number of hot dogs a person can eat in 10 minutes and discovered that a professional athlete could eat eight times more than an average person. He concluded, after analyzing 40 years worth of experience, that a person can eat even 83 hot dogs in 10 minutes. Supposedly, people can eat faster than a grizzly but slower than a wolf, according to online sportsbook sites in the US!

The After-Effects of Hot Dog Eating

The disadvantage of this type of competition is that while in other sports improving the stamina means losing fat and building muscles, improving the stomach’s capacity goes hand in hand with gaining weight. Chesnut could consume 267 grams of food per minute in 2005 but 740 grams in 2018. This might be due to the extreme expansion of the stomach, which can lessen the muscle contraction in the intestines. Since it’s a process and not a one-time thing, the competitors take serious risks.

Even though the rules and portions have changed throughout the years, the research showed that people can adapt to anything. Of course, everything comes at a price. Gastroenterologists do not recommend this type of competition since already seven people passed away due to the after-effects. However, Joey Chesnut, the current record holder, who ate 76 hot dogs in 10 minutes last year, doesn’t seem to care for the consequences. Can he defend his title this year? You can check out Nathan’s hot dog eating contest 2022 odds at 22Bet!