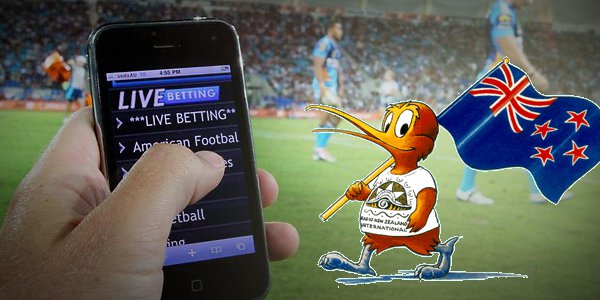 It is about time for New Zealand offshore gambling operators to quiver at the thought of having their yearly profits from online bets slashed as the country takes steps to prevent profits from leaking unnoticed.

New Zealand gambling news reported that the government is planning to impose a fee on offshore gaming companies believed to be taking in approximately $58 million gross betting profit each year. It was also estimated that the number of New Zealand residents betting online with New Zealand offshore gambling operators has doubled to 40,000 since 2010.

As an effort to gain new customers, the country’s TAB have launched a new mobile application to make internet betting easier. Despite it becoming the fastest growing channel, New Zealanders were still betting offshore due to the wider range of products available, better odds as well as gaming companies’ more agressive marketing approaches.

Minister of Racing Nathan Guy said that many offshore providers make no contribution to the local racing industry, to the New Zealand economy, or to the problem gambling levy. ”The reality is we are trying to create a legislative tool with an extra-territorial reach, which is by no means simple,” he added.

It seems like New Zealand will soon be looking towards its neighbour for some tips and tricks on dealing with offshore gaming companies under New Zealand gambling laws. It was reported that Australian states have adopted domestic legislation which prevents bookmakers from making use of racing information unless they are listed as licensed TABs.

While it is a tedious process to adopt a similar legislation, New Zealand definitely seems keen on ensuring it that it will be in place – especially since it had already been adopted in France and about to be adopted in the UK.