Neymar the Star but Can Brazil win Olympic Football Finally? 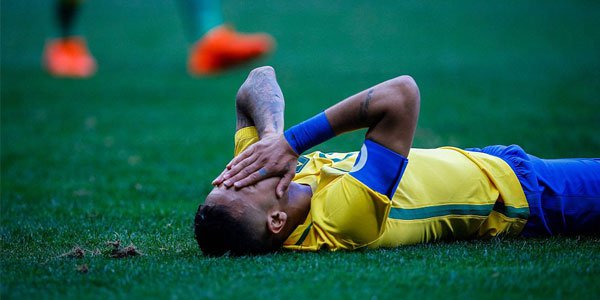 Can Brazil win Olympic football? That’s the question Neymar is hoping to answer in the affirmative but their first match was a disappointment

Can Brazil win Olympic football? online sportsbooks say yes, and they are clear favourites for the men’s competition at least. The women could win, and the Brazilian football federation was unusually generous in allocating funds to their preparation. However, they aren’t the favourites: the American women are expected to win easily.

The Brazilian men, on the other hand, are clear favourites at online sportsbooks in the UK and elsewhere. Looking at the competition as a whole, Neymar is the only true star, and he’s a massive one. They also have several very promising strikers: Santos player Gabriel Barbosa (known as “Gabigol”) is only 19 but regarded as a great talent while Gabriel Jesus, also 19, just signed for Manchester City amid comparisons to Neymar and the original Ronaldo.

Why is “can Brazil win Olympic fooball” even a question?

Looking at their squad compared to their competitors, it’s an unfair fight. And when you add home advantage, they should walk to the title. However, they were regarded among the favourites for 2014’s World Cup, and they crashed out in embarrassing fashion. They were incredibly lucky to make the semi-finals, through depressingly defensive football and favourable refereeing. And when they reached the last four, they were demolished 7-1 by eventual winners Germany. That memory, especially playing again in front of home fans, will haunt them. The boost of home support may seem rather more like pressure.

Brazilian legend Marta, who has never won the World Cup

Furthermore, the Brazilians have a history of not winning the Olympics, in both men and women’s football. For a country that has won the men’s world cup most times, five, their record of never winning an Olympic title is very surprising. The men came runner up in 1984 and 1988, third in 1996 (with a squad that included Romario, Ronaldo, Rivaldo and Bebeto!), third again in 2008, and came second in 2012. Surely they must win it eventually. There have only been five Olympics where women’s football was included, but the Brazilian women have come runner-up twice: in 2004 and 2008. Those squads included Marta, potentially the best ever women’s player, so their failure to win was even more egregious.

So, can Brazil win Olympic football this year?

Is the lack of Brazilian wins a matter of luck or something more? It’s true that for much of the 20th century Brazil didn’t take the Olympics seriously. However, in recent decades their close-calls are evidence that they’ve made an effort. At Rio this summer they’ll be more prepared than anyone, and certainly most desperate to win.

However, despite those hopes, they still couldn’t score against South Africa on Thursday night. South Africa were energetic but not filled with quality, while they even ended the game with only ten men. Brazil missed chances, and perhaps that was down to nerves, but they did not tear through the South African defence like they might be expected to. If they’d been playing a more competent team, like Germany (who are also filled with talented youngsters) they likely would have lost. If they are to win the Olympics they’ll have to improve, but online sportsbooks in Brazil reckon they can, and they would certainly deserve it.