Big news from market researchers at Nielsen is running through the Internet today – really big news. Headlines today are reporting the most 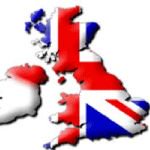 Big news from market researchers at Nielsen is running through the Internet today – really big news. Headlines today are reporting the most compelling finding of the study of online gamblers: Internet poker and online casinos in the United Kingdom reported better growth than Facebook and all other social networking websites.

Some 3.2 million citizens visited online gambling sites in the U.K. in 2009, an incredible 40% increase year-on-year, while 2.2 million visited Facebook and other social networking sites.

Two U.K.-based gambling companies of note mentioned in the Nielsen survey were Camelot and PartyGaming. As a U.K. lottery provider, Camelot saw an incredible 88% year-on-year increase in unique visitors, having served a whopping 9.4 million from July 2009 to July 2010. Such a jump made Camelot the U.K.’s single fastest-growing company online, according to Nielsen.

The 8th fastest-growing company online was PartyGaming, according to the survey, with a 1.9-million strong audience reported – and a crazy 186% increase in number of visits year-on-year. Party Poker, now a top British poker room, alone saw a 174% rise in customers as well.