Who Can Join the Nobel Peace Prize Winning Presidents’ list in 2020? 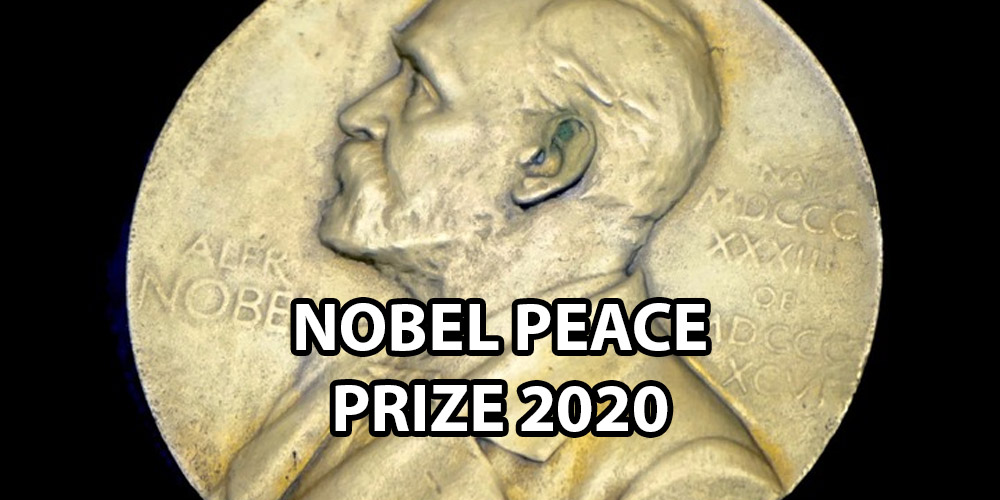 Many Nobel Peace Prize-winning presidents found their niche in the history of the awards named after the Swedish inventor. There were 11 cases when sitting presidents became Nobel laureates, while another six received the prize before or after occupying this post. Another leader can join the list in 2020, but what country will he come from?

The Nobel Peace Prize is awarded annually for the most outstanding achievements in reaching peace and reducing military conflicts regardless of the country. Unlike four major Nobel categories, the Peace Prize nominees are selected by the Norwegian Nobel Committee. Literature, Chemistry, Physics, and Medicine/Physiology awards are presented in Sweden, where Alfred Nobel was born.

Since the establishment of the Peace Prize in 1901, many leaders of different countries received the award. Here is the list of the Nobel Peace Prize-winning presidents of all time:

You might ask about such famous laureates as Nelson Mandela or Jimmy Carter, but they received their Nobel Prize awards out of office. According to online sportsbooks in Norway, the committee may nominate at least 3 sitting presidents this year, so we are going to focus on them.

Donald Trump is probably the most frequent guest of the Nobel Peace Prize predictions. He entered the list of nominees every year since he has occupied the Oval Office. The 2020 Peace Prize odds on Trump are also among the most popular ones. The sitting US president’s chances to win are 20/1 which is far from Greta Thunberg’s odds, but still has one of the best results compared to the other leaders.

Last year, Trump publicly said he was robbed from the Nobel Peace Prize. The US leader complained about the prejudice of the committee as they gave the award to Ethiopian Prime Minister Abiy Ahmed for “same achievements as he had”. To Trump’s mind, he did even more by “saving the country and a big war” and negotiating with the North Korean leader to prevent the usage of nuclear weapons.

Despite his speech may seem controversial, many think that Trump can be the future Peace Prize holder. Will he become the 5th US president/Nobel laureate time will show.

If speaking about sitting presidents to receive the Peace Prize in 2020, Moon Jae-In is first in a line. The leader of South Korea is the most possible candidate to get the Nobel Prize in comparison to the other. Jae-In outruns Trump, Macron, Kim Jong-un, and Putin at Betsson Sportsbook. Thanks to his cooperation with the North Korean supreme leader, Moon Jae-In established peace on the peninsula two years ago.

Interestingly, Moon Jae-In supported Trump during previous Nobel Peace Prize races. Once Jae-In was said that he’s the one who deserved the award, but the Korean leader admitted that Trump’s efforts in reaching peace were more valuable. However, most people disagree with his words and 18/1 odds on Jae-In’s victory prove that.

Russia and Ukraine presidents are also on the list

It seems that Betsson Sportsbook aims to add variety to the list of the Nobel Peace Prize-winning presidents. This year, two Eastern European leaders entered the preliminary race. Vladimir Putin is one of them with 32/1 odds to take the 2020 Nobel award. The Russian president was nominated two times before, even during the Russia-Ukraine conflict, so there’s basically nothing holding the committee from including him into the list again. Moreover, Putin received another peace award, Hugo Chávez Prize, in 2016, when the Russian armies already occupied Ukrainian territory and Crimea was taken too.

In contrast with Putin, there is Volodymyr Zelensky with 25/1 odds to win the Nobel Peace Prize. The new Ukrainian leader should get the award, according to – surprisingly – Russian political experts. Some of them suppose that Zelensky deserves recognition for a successful exchange of detainees. Also, his decision to stop shooting on occupied Ukrainian territories is kinda good in terms of stopping the war, though not very useful for the country itself. So this president isn’t very likely to get the Nobel Peace Prize now, but if he succeeds to end the conflict, he’ll have all chances in the future.

You can learn more about these odds here at Betsson Sportsbook.