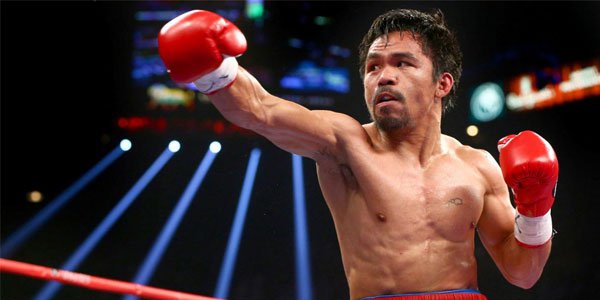 One of the most legendary careers in boxing may be coming to an end, as November 5th is likely to be Manny Pacquiao’s last fight.

After more than twenty years as a professional fighter, it seems likely that Manny Pacquiao’s last fight is just around the corner. He is already considered to be one of the greatest fighters of his era, if not one of the best ever in the lighter weight classes, and has broken a number records over the past decade.

Pacquiao made Filipino gambling news by taking part in the most lucrative fight in boxing history back in May of 2015, and despite losing a clear unanimous decision, it’s likely that he made tens of millions of dollars. He is a superstar in the Philippines, and has nothing left to prove in his amazing career.

On November 5th, Manny Pacquiao will take on young up and comer Jessie Vargas for the WBO Welterweight title, and if victorious, it seems likely that he will call a career, perhaps going into the Philippine casino industry as a spokesperson.

Who is the Betting Favorite for the November 5th fight?

Unsurprisingly, Pacquiao is coming into this fight as a massive betting favorite, according to Bwin Sports. Jessie Vargas is a talented fighter with tons of potential, but the general consensus is that he is a little too green for a fight vs. Pacquiao.

Vargas’ odds for the fight are currently at 6.50, while Pacquiao comes in as a 1.13 favorite. A bet on Manny Pacquiao seems like the most logical option here, but a bet on Vargas could reap huge cash rewards if he manages to get the win.

No one truly knows if the upcoming bout will be Manny Pacquiao’s last fight, but as this point it seems bound to be. He has made more money than almost any other fighter, and will go down as one of the best to ever lace up gloves.

Do you think November 5th will be Manny Pacquiao’s last fight? Can Vargas get the victory? Tell us what you think by leaving a comment below, and make sure to check out GamingZion’s list of online sportsbooks in Philippines to find all the best websites such as Bwin Sports for betting on Pacquiao vs. Vargas!