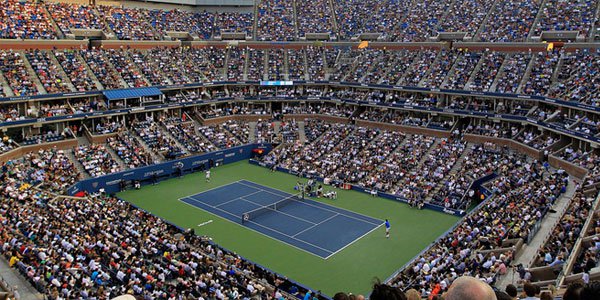 Tennis fans around the world are placing their bets on the US open. It is sure to be a closely contested competition, who do you think will win?

With the 2016 US Open only a day away, now is the time to choose who you think will be the winner. GTbets has set the betting lines, and a number of favorites have emerged. Let’s take a look at a few.

After an upset loss to Sam Querry at Wimbledon, and a first round loss in the Rio Olympics, Novak Djokovic needs a win here. Despite his rough year, Djokovic is the betting favorite to win the US Open with odds of -100.

When Djokovic is one his game, he is undoubtedly the best player in the world. He is 51-5 so far this year, and will surely look to regain the form he showed during his wins in France and Australia.

Where Djokovic struggled this year, Andy Murray has shined. He won at Wimbledon and took home gold at the 2016 Olympic Games. It wasn’t without struggle though, as he had to come back on points during a number of important sets.

Andy Murray is a strong contender to win the 2016 US Open (photo: esquireme.com)

Murray may not have the kind of swagger that Djokovic has, but the results don’t lie. He is perhaps the best male tennis player right now, and could eliminate all the doubt with a win at the 2016 US Open.

At just 25 years of age, Milos Raonic has emerged as one of the best tennis prospects in recent memory. His 6’5” frame allows him to dominate the court, as he proved with a recent win over the legendary Roger Federer.

Raonic is certainly an underdog here, but he showed great promise in his Cincinnati set against Andy Murray. A win here could make him a star, and many people placing bets on the US Open are choosing him as the player to watch.

Switzerland’s Stan Wawrinka is a veteran of the sport, having reached the semi-finals of the US Open in both 2013 and 2015. He is hoping to come away with a victory this year, but is a big underdog with odds of +1700, according to GTbets.

Swiss player Stan Wawrinka hopes to use his experience to pull off the upset win (photo: eurosport.co.uk)

Wawrinka is not at the top of many analysts picks to win here, but his experience and track record of consistently performing at big events makes him a player to watch. It’s no secret that the Swiss player has his ups and downs, but taking 2nd at Wimbledon this year showed he is ready to reach his full potential.

One player that you will constantly hear could take the victory at the US Open is Argentinean player Juan Martin del Porto. A wrist injury sidelined del Porto for the past two seasons, but he is back and looks ready to make up for lost time.

Andy Murray himself has spoken on the potential of del Porto, telling the Associated Press, “If he stays fit, there’s no reason why he can’t be at the top of the game. He won this tournament in 2009, and recently made Argentinean gambling news by winning a gold medal at the 2016 Rio Olympics.

Juan Martin del Porto is considered by many to be the dark horse of this tournament, and if you’re looking to place bets on the US Open, del Porto may be the player to choose.

If the Olympic Games were any indication, Rafael Nadal is not going anywhere anytime soon. He took home a gold medal in the men’s doubles, and lost a thrilling match to the aforementioned del Porto to knock him out of the running for a medal in the singles.

Can Rafael Nadal regain the form he once had at this year’s US Open? (photo: atpworldtour.com)

Although Nadal is getting up there in age at 30, he is still one of the most talented players in the game. Kamakshi Tandon, an analyst at Tennis.com, told readers that Nadal is ready to move on from his loss to del Porto and is hungry for a win at the US Open.

“I think I need to recover emotionally, physically, and especially, I need to give some rest to the wrist, the arm, to everything,” Nadal told reporters after the game. Rest he has, and many Nadal fans are now flocking to online sportsbooks in Spain and placing bets on the US open for him to win.

Who do you think will come out victorious this year? Will you be placing bets on the US Open? Leave your comments below, and make sure to check out GamingZion’s list of online gambling sites in the UK to find all the best websites for betting on your favorite events!